My excitement for this movie reached pretty a epic level. Every time I saw an ad, I gasped and flailed and basically was so annoying that my husband had to ask me to relax. It was getting to be too much.

But finally the big day was upon us. For our third wedding anniversary, my wonderful husband took me to see Gone Girl – probably not a romantic date movie, but an adaptation of one of my favourite books was a pretty big deal, and since my husband does not love the movie theatre, it was pretty romantic to me that he wanted to take me to see it.

Let’s start with the performances. I thought they were all fantastic! But Ben Affleck and Rosamund Pike were the standouts. I was so impressed with both of them. Oscars!

The movie’s script was written by Gillian Flynn, adapting her own novel. There were differences between the book and the movie – there always are, and it doesn’t bother me because I think the book is the book and the movie is the movie, and I am fine with letting them be separate things – but none of those changes upset me. I think they made sense for the movie. And at nearly two and a half hours, I can’t complain much about things being left out! (Although I do wish the first half of the book was given more screen time in the movie, but like I said, it was a long movie already and I thought it was quite a faithful adaptation.)

It was a long movie, but it didn’t feel long. I think the pacing was perfect, and even though I knew what was going to happen, I was on the edge of my seat.

We saw the movie on the second day of its release, a Saturday. The audience was pretty big. I was wondering how many people in the crowd had read the book, and how many of them had no clue what was coming. I really hope that those who hadn’t read the book were inspired to pick it up and read it!

I absolutely loved the movie, and I definitely want to see it again. Then I want to push the book on everyone I know and make them read it (insert evil laugh). Highly, highly recommended! 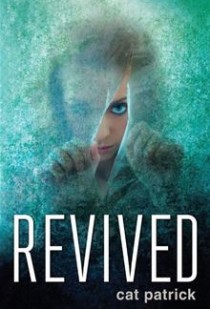 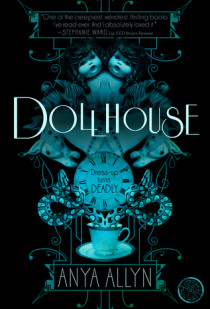 With Malice
Posted in: Blog, Reviews | Leave a comment
Previous
Next