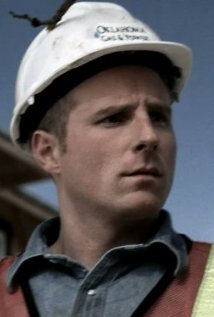 Sam and Dean head to Oklahoma to investigate a recent spate of insect related deaths around a new housing development.

I do not like bugs. This is probably the grossest episode, for me.

Trapped in a sinkhole with a broken ankle surrounded by bugs is basically my nightmare. I wonder if those were real bugs. As an actor (or a human), I could not do that.

Ahh Dean and his food.

Everyone seems to think they’re a couple…was this the birth of Wincest?

It’s strange to see Sam and Dean in the suburbs!

Ugh, this little brat Matt with his tarantula. WAIT is that the same actor who plays Samandriel in like season nine?? YES according to IMDB it is! That’s awesome. [Spoiler-y speculation – highlight the rest of this paragraph to read: Ooh, I wonder if this Matt character became Samandriel’s vessel…that would be a great way to tie this together. Of course, Sam and Dean don’t seem to recognize Samandriel/Matt in season nine, but I’ll have to wait until I’m rewatching that season to see how much they actually interact with him.]

Ahh we finally get some heartwarming talks about John Winchester. This does shed more light on Sam and Dean’s childhood.

Yuck I knew this shower scene was coming and I can’t watch it. This whole episode gives me the heebie jeebies. Ugh spider on her head? NOPE. This whole scene grosses me out.

But seeing Dean with a towel around his hair after luxuriating in the steam shower makes up for it!

I know that this is acknowledged as one of the lesser early episodes, and I can certainly see why. Bugs are yucky. The episode has its moments between Sam and Dean though, which I always appreciate. But it’s not a very exciting or interesting episode, truth be told.

Well well well, Sam is driving the Impala! I don’t know how often we see that later. I guess they’d have to share driving duties, but in my head I always picture Dean driving with Sam in the passenger seat. I’ll have to try and keep my eye on this during my rewatch. And of course Sam identifies with Matt, with Dean thinking Sam disrespected their father. Dean has such faith in John Winchester, such blind obedience.

Oh wow, I totally forgot about them visiting this tribe. Huge chunks of this episode feel new to me. I like that Joe senses that Sam is not a liar (although he does lie to Dean) but Dean is, and then Dean later tells Matt to lie to his father.

“You don’t break a curse. You get out of its way”. I like that. There are some things that even the Winchesters can’t stop. So the bugs = nature, cursed land.

Now we see Matt, his parents, and Dean having to fight this crazy swarm of bugs. I don’t like this. Fighting a ghost or demon is not the same as fighting bugs. It’s gross (to me at least, because I hate bugs) but it is definitely not exciting or scary or even remotely interesting. It’s more silly than anything.

That’s it? Dawn came and the bugs just went away? I know that they can’t break this curse, they just had to survive this night, but that hardly feels like a resolution. And it seems like the other victims faced something much worse, even though this last night of the curse was supposed to leave no survivors. And as far as we know, the land is still cursed, is it not?

To me, while there are some good moments between Sam and Dean, this is definitely the second-weakest episode of season one (the weakest is coming up…). It doesn’t move the major storyline along, and the Monster of the Week plot is weak.