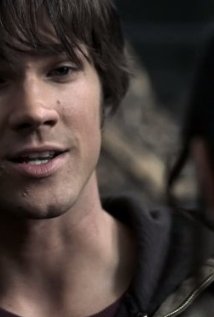 After a young couple is found brutally murdered in upstate New York within a locked house, the brothers investigate, and learn from their father's journal that similar deaths have occurred in the area over the past few decades. All of the couple's belongings were taken to an auction house, so they check to see if a spirit may have attached itself to an object. After asking Sarah (Taylor Cole), the daughter of the auction house's owner out on a date, Sam is able to get copies of the provenances of the items. Dean discovers that a painted portrait from 1910 of the Isaiah Merchant family had belonged to all of the other murder victims, and that Merchant had killed his entire family and then himself. Realizing that the painting is haunted, the brothers burn it, but it later repairs itself. Dean tracks down Merchant's body and cremates it, but when Sam and Sarah attempt to destroy the painting again, Merchant's daughter emerges from it, having been the true killer all along. Dean finds an antique doll with the girl's hair in the mausoleum, and the spirit disappears after he burns it. Afterward, the painting is finally destroyed and the brothers leave town, but not before Sam kisses Sarah goodbye.

I remember liking this episode because it was a bit creepy and a bit funny.

Okay well this couple is doomed.

I like that shot from the ghost/monster/whatever’s perspective, coming up the stairs.

Man, that painting is ugly and creepy – why would anyone buy it? And…they’re dead.

Sam and Dean sure do stick out here; Dean’s eating all the food, of course. Again, I’m struck by how quickly the show figured out who Sam and Dean are (especially the way Dean stuffs his face with food).

Look at Sam, showing off his art knowledge to Sarah. Okay I know I have a spoiler alert, but I’m going to say something that is a spoiler for like season 8, so I wanted to throw an extra spoiler alert in here. Highlight the rest of the paragraph to read it, or move on to the next paragraph if you don’t want to know! It’s too bad that Sarah came back in the end of season eight, only to be killed by Crowley (although I like the idea of him using the Supernatural books to go after people that the boys had saved. It’s so diabolical and really hit me hard emotionally, especially because I think Sam and Sarah are really cute together in this episode). End of extra spoiler-y spoiler.

I really like Sarah! She’s smart, down to earth, and funny. Dean also seems to like her and can see how she and Sam feel about each other.

Here we have a little B & E from the Winchester brothers! And they think they’ve taken care of things, but this spooky painting will not be destroyed.

That’s a rookie move, Dean! Leaving your wallet at the warehouse!…or is it? Turns out it’s a move to get Sam and Sarah back together.

So this spooky painting is bought by someone else. Again, why would someone pay money for this awful painting?

Dean thinks Sarah could be good for Sam, and that Jessica would want Sam to be happy. I like that the show has not forgotten about Jessica.

Ooh, the sound of the spirit is good and creepy (I assume it’s the little girl dragging her doll).

So the boys figure out that they’re dealing with a spirit. Time to burn the bones! Only it turns out that it isn’t the father, like they thought – it’s the adopted daughter! And in her case, there are no bones to burn. Time to look for a significant object. To the mausoleum! The girl’s real hair was used in her doll which is stored there, so burn the doll and that will do the job!

The father’s spirit was trying to warn people about the daughter. She had killed him and the rest of his family! Spooky.

This is a really good Monster of the Week episode, although it does nothing for the bigger storyline. I love the references to Jessica though, showing that Sam still may not be ready to move on, romantically, and also that it’s going to be dangerous for anyone he may choose to be involved with, considering that Sarah almost died trying to help them out in this episode.