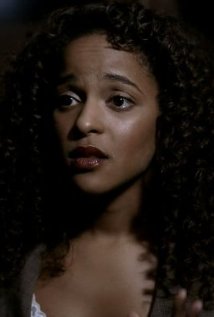 Dean is contacted by his first love, Cassie (Megalyn Echikunwoke), who asks him to come to Cape Girardeau, Missouri to investigate a string of racially motivated murders, one of which was her father. Each murder is linked to a mysterious truck that seems to have no driver and leave no tracks. The brothers eventually discover that Cassie's mother (Kathleen Noone), a white woman, left her boyfriend, Cyrus, for Cassie's African-American father. Cyrus tried to kill him out of anger, but he gained the upper hand and ended up beating Cyrus to death, dumping Cyrus' body and truck in a nearby swamp. The boys assume that Cyrus' spirit has returned and is out for revenge against everyone connected to his death. They attempt to put Cyrus to rest by burning his remains in rusted out truck in the swamp. However, the ghostly truck appears and attempts to run Dean down, and they realize that Cyrus' evil personality had infected the truck, and led it to take on a life of its own. The brothers end up defeating it by having Dean lead it in a chase and tricking it into driving onto the hallowed ground of an old, burned down church causing the hallowed ground to destroy it. Throughout the episode, Dean struggles to come to grips with his residual feelings for Cassie.

It’s such a shame to follow Faith, which I feel is one of season one’s strongest episodes, with this one, which is notoriously bad.

Dean gets a call from an ‘old friend’ – could this be an ex-girlfriend? Her name is Cassie and Dean admits to Sam that they dated, just for a couple of weeks – and he told her about the family business, which is apparently a big secret. Sam is pretty upset, but I see it as something that they just don’t tell people because they won’t be believed. But why would Dean tell such a big thing to someone that he’s only known for a couple of weeks?

Ugh this ‘old flame’ thing just isn’t working for me.

So we have a truck, from the 1960s, making ghostly, murderous appearances. Dean references the Flying Dutchman, saying it was basically an extension of its dead owner.

Of course, it turns out that Dean and Cassie were more involved than he let on. Sam: “You loved her”. Blegh. She dumped Dean!

You know, it’s so tough for me to buy into Dean having a tragic lost love because it doesn’t fit with what we know of the character so far. It feels too cheesy.

Alright, we get it. Dean doesn’t want to get close to people. This scene is cliche upon cliche, with the fighting then the making out and having sex. THIS is the kind of cliche, cheese emotional romantic melodrama that I DON’T want on this show. And that song choice! Way too on the noise. So corny. Everything about this is making me upset.

Haha, Dean still has some snark.

So this might be a restless, awakened spirit – they should salt and burn the bones to get rid of it. BUT that didn’t work! Why? Ooh, they have to burn the truck. “Son of a bitch!”

So Dean is driving, with the ghost truck right behind him, and then Sam directs him to drive to what turns out to be hallowed ground where a church once stood. I guess hallowed ground can sometimes destroy evil spirits. Interesting. I’ll have to see if this lore will pop up again.

You know, I’d be really happy not to see this episode again. I didn’t even want to rewatch it for this project, but I knew I had to.

This episode does nothing to advance the larger story and feels super out of place because of the romance subplot. It just doesn’t fit with what we know of his character, and I don’t like the way Sam is very wink-wink, nudge-nudge about it either. And I think the show figured out pretty quickly that fans didn’t care for this, because we never hear about Cassie again (who I liked despite the cheesy romantic dialogue).

I don’t have anything really nice to say about this episode so I won’t say anything more!

-Spirits? The evil entity is a ghost truck. It just sounds so bad.