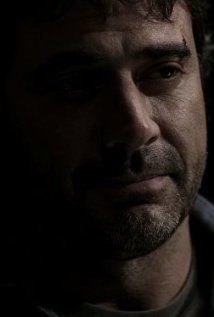 As Meg begins to target the Winchesters' friends in order to force them to hand over the Colt, John reveals to his sons the research on Azazel that he has accumulated over the years. Signs point to Salvation, Iowa, as the location of the demon's next target, so the trio heads there to investigate. After Sam has a premonition, he is able to identify the next victim. Before they can formulate a plan, Meg calls and threatens to kill more of their friends unless they hand over the gun. John concedes to her demand, but tries to deliver a fake one, and is captured. Meanwhile, Sam and Dean are able to save the family from Azazel, but he escapes as Sam tries to kill him At the end of the episode, Sam and Dean learn of their father's capture when they call him and Meg answers the phone instead.

They’re using ‘The Road So Far’ to show us what’s happened this season, but it isn’t the season finale yet and, unlike every other season when they show us ‘The Road So Far’, they aren’t playing Kansas’ ‘Carry On My Wayward Son’. This just feels so wrong!

Alright, so we’ve learned this season that spirits might not be able to enter consecrated ground, but that clearly doesn’t apply to demons.

Hmm the priest, who knows who/what she is, says that this is hallowed ground and that she can’t be there. So how/why is she?

Alright Meg answers the priest, telling him that “that doesn’t work on her”. Why? From what we’ve seen so far, she’s a regular demon. Is she somehow special though? Is her connection to Azazel what enables her to be there? I wonder if the priest was just saying that, but it isn’t a ‘rule’, because I can think of many later episodes where demons enter hallowed ground. And didn’t the Hook Man – who was a spirit – enter the church to attack Sam and Lori? I guess this can be chalked up to early inconsistencies as the show was figuring out the rules of its world.

Anyway. Moving on to priest’s awesome gun/weapon room! It turns out that this is the Pastor Jim we’ve heard about in other episodes. And Meg-Demon kills him.

Okay time for John Winchester to show/tell Sam and Dean everything that he knows: he took of because he finally caught the demon’s trail (hence the beginning of the series when Dean shows up to announce to Sam that their dad is missing).

On a child’s 6 month birthday, a demon comes for them (Sam, Max, presumably others). Mary and Jessica’s deaths are not Sam’s fault, but he’s obviously upset, thinking that they died because of him.

There were signs of demonic activity before the demon appeared in Sam’s nursery and killed Mary – and before Jessica died – but at the time, John Winchester didn’t know anything that he knows now about hunting.

It’s sad that John Winchester has lost a friend, but when I think about all of the friends that Sam and Dean have lost over the course of the series, it’s pretty heartbreaking. And you know what? Of all the characters who die on this show, there is still one that I’m not over. Super spoiler-y – if you really want to know which death still upsets me, highlight the end of this paragraph. You’ve been warned! If you don’t want to know, move on: Kevin Tran.

Ooh that’s Serinda Swan! She was also on Breakout Kings.

Uh oh, Sam is having another premonition, showing a demon visiting a baby and its mother dying like Jess and his mother did! Does John Winchester know about these visions?? I don’t think he does.

In Sam’s vision, all the women – Mary, Jess, and Monica (the woman who dies in Sam’s vision) are wearing white nightgowns when they’re killed.

Now we see John learning about Sam’s visions. Not surprisingly, that doesn’t go over well. It seems like the closer Sam gets to anything involving Azazel, the stronger the visions get.

Oh no, now Meg is calling Sam! Man, she has a nice leather jacket collection. She doesn’t want Sam, though – she wants to talk to John. She tells him that she has killed Pastor Jim, and now she has his friend Caleb – then she kills him and John has to listen to his friend die.

Meg knows that John has the Colt: “as far as we’re concerned, you just declared war”. She’ll keep killing John’s friends and anyone who’s helped him, and anyone he’s loved, unless he turns over the Colt. (This reminds me of something spoiler-y that I mentioned in a previous post – highlight the end of this paragraph to read it, and if you don’t want to be spoiled, move on to the next paragraph: it’s like Crowley going back and killing Sarah, and other people that Sam and Dean saved, in season eight. It’s a really effective tactic, and I’m glad that they sort of revisited it that season.)

Okay this seems strange to me: Sam asks his dad, “You think Meg is a demon?” I feel like they knew that by now, but I guess not? It seems a bit dense to me though.

Obviously John is planning on giving Meg a fake gun. He tells Sam that he wants him to go to school, Dean to have a home, and Mary alive. SADS! “I just want this to be over”. John’s plan is to fool Meg while Sam and Dean go kill the demon Azazel.

There are only four bullets left for the Colt. The gun is useless without them, so they need to be careful.

John Winchester has been waiting a long time for this fight, but now it’s here and he won’t be a part of it. He’s depending on Sam and Dean and says that it’s their fight now. I love that he’s trusting them to carry this out, and at the same time, he’s doing what the Winchesters do: sacrificing himself.

We see John at a water tower, praying and putting a crucifix inside to make holy water.

Then we see Sam thank Dean “for everything” and for having his back.

John turns the gun over to Meg’s demon pal – the fake gun. RUDE! The demon shoots Meg with the fake Colt! So of course, now they know that it isn’t the real gun. Time for a showdown!

Sam and Dean are waiting for the demon to show up to Monica’s house. AHH the demon showed up! This is looking bad for everyone. Don’t go in a burning house, Sam. Just don’t do it. The family was rescued, but the demon got away. And now Sam is upset that Dean wouldn’t let him run into a burning building, which makes Dean upset that Sam would sacrifice himself. But LOL at Dean because that’s all these Winchesters want to do!

Dean says that all he has is Sam, and their father. He’s barely holding it together.

Husband comments that Sam seems to have more anger in him than Dean has right now, which is quite the switch from later seasons.

And Meg has John Winchester now!

This is a great penultimate episode for the season! Time to see how they wrap it up!

-Demons: the signs of demonic activity in an area include cattle death, electrical storms, temperature fluctuations