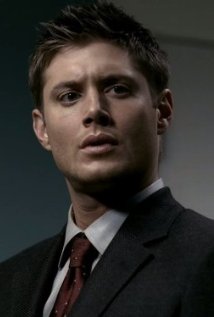 Season One, Episode 18: Something Wicked

On a tip from their father, Sam and Dean head to Fitchburg, Wisconsin, to investigate a case in which children have fallen into comas. They soon discover that the creature responsible is a vampiric witch known as a shtriga, which is stealing life force from the kids. Dean reveals to Sam that their father had previously attempted to kill the creature when they were young, and that Dean's recklessness almost cost Sam his life and allowed the shtriga to escape. As the shtriga can only be killed while feeding, Sam and Dean convince the son of the motel owner, whose brother was a victim, to help them lay a trap. Though the trap fails and Sam is nearly killed, Dean is able to kill the shtriga in the end. The children's life force returns to them with the shtriga's death and they recover though Dean bemoans the loss of innocence of the boy who helped them.

This is a season one episode that I don’t remember too well. I recall that the monster is a shtriga, and we get a lot of flashbacks to Sam and Dean’s childhood.

As a kid, I hated sleeping right beside the window.

Hospitals are creepy: the old lady in the wheelchair, with the inverted cross in her room!

So the brothers are investigating a disease that only affects children. Any monster that targets children is automatically pretty bad.

Flashback! With John Winchester! Dean has spent so much of his childhood caring for Sam while their dad’s out hunting. I like that this story ties back to their childhood so much.

Dean says that he knows what this is: a shtriga, which, strangely, is not mentioned anywhere in their father’s journal. Dean says it’s kind of like a witch.

Side note: Wouldn’t John have wanted to have that journal back?

John Winchester did hunt a shtriga once, but it got away from him – and Dean says that it was his fault.

This kid reminds me of Dean! He’s snarky, looking after his little brother, perhaps having to grow up too soon.

Poor Dean, giving up his Lucky Charms for Sammy.

It turns out that the creepy old lady in the hospital isn’t evil. Just old and sick. And the inverted cross is just a cross that keeps falling down. I really like that scene, partly because it adds some humour to the episode, but also for showing that Sam and Dean aren’t always right and that it isn’t always an obvious suspect.

Sam’s library research turns up some interesting information: this shtriga has history. Sam names a bunch of towns it may have been through (which my husband pointed out sound like names of towns from The Simpsons: Ogdenburg, North Haverbrook).

Well it turns out that the doctor is the shtriga! This is particularly sinister because doctors are trusted to heal and help, and they deal with people who are usually in a vulnerable state.

Dean is willing to use the kid from the motel as bait, but Sam refuses. Of course they fight. Then the truth comes out about Dean’s history with the shtriga: it came for Sam, who I suppose doesn’t remember, and Dean couldn’t stop it from getting away. He feels responsible, because he left Sam alone. He was stuck in the motel, climbing the walls, and needed to get some air and get out. He needed to be a kid! And when he came back, the shtriga was feeding on Sam. Their father showed up and worried over Sam, and was mad at and disappointed in Dean.

Dean’s whole life has been about Sam.

We keep hearing about this friend of their father’s, Pastor Jim.

This is unfinished business for Dean, and their father knew that, which is why he sent them on this job: Dean has to finish it.

I like that they tell Michael (the kid from the motel) the truth. They ask for his help to kill the shtriga, but he says no initially. He does show up later and wants to know, if they kill this thing, will his brother (who is now one of the sick children in the hospital) get better?

They are honest with him: they don’t know. But Michael agrees to help.

They have quite the set up, with hidden cameras so that they can see as soon as the shtriga shows up. Dean talks through the plan with Michael – “we’re good shots” – and gives him the opportunity to change his mind, and promises him that nothing bad will happen to him.

Sam apologizes for being mean about Dean always following their father’s orders, “but I know why you do it”: for him! Dean does it to protect Sammy!

This plan to use Michael as bait is risky because they have to wait until the shtriga feeds before they can hurt it. But the plan seems to work pretty perfectly (how often does that ever happen!) and Michael is not hurt.

Well, it doesn’t work too perfectly because again, Sam is in danger from the shtriga, but this time, Dean saves him and kills the monster. “You okay, little brother?”

Phew! All the kids are better now, and there’s a new doctor in the hospital.

Dean doesn’t wish it for himself though, I don’t think. Not if it means that he couldn’t protect Sam.

This is another great episode. It doesn’t address the larger storyline but it does so much for the relationship between Sam and Dean.

-Shtriga: Albanian; invulnerable to all weapons cleansed by God and man (except when feeding, and then consecrated iron rods can do damage); goes after ‘spiritus vital’ (life force), which is why the kids’ bodies are wearing out; they prefer children and take on an innocuous human disguise