Top Ten Tuesday is hosted by The Broke and the Bookish.

This week’s topic is:

I love the idea of being well-read when it comes to classic novels. When I think of classic literature, it evokes images of a cozy old library with a fire crackling in the fireplace. They must hold some universal appeal to be so widely read, and I would love to be able to jump into a conversation about like the work of Charles Dickens or Virginia Woolf (don’t ask me where I’d be overhearing such a conversation) and actually have something to contribute to the discussion.

Unfortunately, I feel that I’ve read very few classics. The ones that immediately come to mind are Pride and Prejudice by Jane Austen, Wuthering Heights by Charlotte Bronte, The Great Gatsby by F. Scott Fitzgerald, and A Christmas Carol by Charles Dickens.

I know I’ve also read a few books by Ernest Hemingway, Mark Twain, and Ayn Rand, but I read them all so many years ago. I remember that I enjoyed them all, but I think I’m intimidated by classic novels.

This is my top ten-ish list of classics that I want to read, and I really hope to tackle a couple of them this fall:

Have you read any of these? Let me know in the comments or on Twitter! And let me know if you have any classics to recommend! 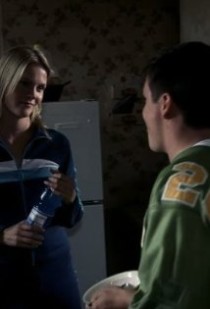