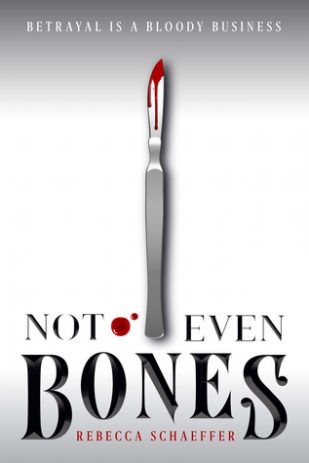 Today my pick is Not Even Bones by Rebecca Schaeffer, out September 4 from Houghton Mifflin Harcourt.

Nita doesn’t murder supernatural beings and sell their body parts on the internet—her mother does that. Nita just dissects the bodies after they’ve been “acquired.” But when her mom brings home a live specimen, Nita decides she wants out — dissecting living people is a step too far.

But when she tries to save her mother’s victim, she ends up sold on the black market in his place — because Nita herself is a supernatural being. Now Nita is on the other side of the bars, and there is no line she won’t cross to escape and make sure no one can ever capture her again.

Nita did a good deed, and it cost her everything. Now she’s going to do a lot of bad deeds to get it all back.

This book sounds so good! I love the supernatural element, and I’ve seen some good early reviews.