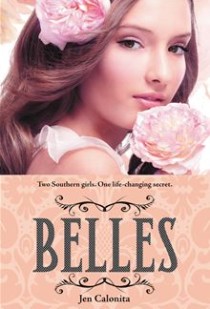 This book has been sitting on my Kobo for a while, and since I’ve been doing so well with my aim to read more contemporary YA this year, I finally decided to read it.

Here is the Kobo summary:

Fifteen-year-old Isabelle Scott loves her life by the boardwalk on the supposed wrong side of the tracks in North Carolina. But when tragedy strikes, a social worker sends her to live with a long-lost uncle and his preppy privileged family. Isabelle is taken away from everything she’s ever known, and, unfortunately, inserting her into the glamorous lifestyle of Emerald Cove doesn’t go so well. Her cousin Mirabelle Monroe isn’t thrilled to share her life with an outsider, and, in addition to dealing with all the rumors and backstabbing that lurk beneath their classmates’ Southern charm, a secret is unfolding that will change both girls’ lives forever.

Izzy lives in a rough neighbourhood in a North Carolina town, spending her days at the beach with cute Brayden, who is just a friend, for now. Her mother is dead, she never knew her father, and she lives with her grandmother, and gives swimming lessons at the community centre. Mira’s life couldn’t be more different: she lives in Emerald Cove, in a mansion with her politician father, her mother and brothers, and attends a ritzy private school. She’s popular and dates a football player. But the two girls are thrown together when Izzy’s grandmother becomes too ill to continue to care for her, and discovers a long-lost relative of Izzy’s mother who will take her in: Mira’s father.

This was a fun contemporary read that I enjoyed. The chapters alternated between Izzy and Mira’s perspectives (through third-person narration), which I liked because as I got to know both girls, I liked and felt for them. They both had a difficult time adjusting to this major change in their lives. Izzy was suddenly surrounded by such wealth and excess, and people were very mean to her because of where she came from. It seemed like no one at school, and most in the community, were willing to actually get to know her. They heard where she came from and assumed that because she wasn’t rich, she would be a thief or a thug. Mira tried to be nice to Izzy but when it became clear that her friends didn’t want Izzy to join their clique, Mira was torn between loyalty to her friends or to a cousin she had only just learned existed and didn’t know.

Mira’s father was preparing to campaign to run for senate, which made things even more difficult for Izzy, as the press started to talk about her ‘rags to riches’ story. Lucas, her uncle’s campaign manager, began to pressure her, to try and control her behaviour so that she didn’t do anything to jeopardize her uncle’s campaign.

SPOILER: I loved that it turned out that Brayden attended Izzy’s new school and was Savannah’s boyfriend! Predictable but so much fun. END SPOILER

I must admit that there were times where Mira’s character really frustrated me because I wanted her to stick up for Izzy, and for herself, especially to her bitchy best friend Savannah. However, as the story went on, Mira began to see things about her life and her friends that she didn’t like, and she gradually began to change. I was so happy when it looked like Izzy and Mira would begin to get along!

The book was a bit uneven at times for me, and the behaviour of Savannah and the clique seemed a bit over the top. Some characters, like Mira’s boyfriend or Lucas, didn’t feel really fleshed out enough and were more like plot devices. Overall, though, this was a fun read, and I’ll definitely be picking up the sequel, Winter White. 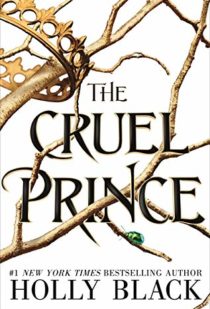 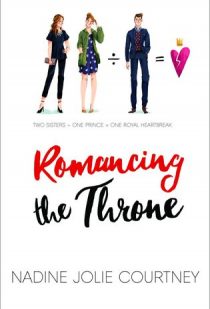