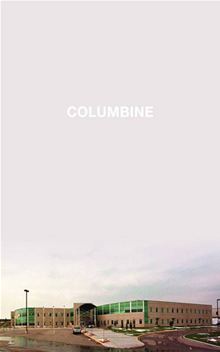 What really happened April 20, 1999? The horror left an indelible stamp on the American psyche, but most of what we "know" is wrong. It wasn't about jocks, Goths, or the Trench Coat Mafia. Dave Cullen was one of the first reporters on scene, and spent ten years on this book-widely recognized as the definitive account. With a keen investigative eye and psychological acumen, he draws on mountains of evidence, insight from the world's leading forensic psychologists, and the killers' own words and drawings-several reproduced in a new appendix. Cullen paints raw portraits of two polar opposite killers. They contrast starkly with the flashes of resilience and redemption among the survivors.

I read Heather’s review of this book back in December 2010, and it’s been on my TBR ever since.

This book was fascinating. I was 15 years old when the Columbine shooting took place, and I remember the media’s coverage, and what I believed were the causes: two outcasts, bullied by jocks until they snapped and shot up the school.

This book turns everything I thought I knew about the shooting, the killers, and the motive completely upside down. I had it all wrong. Cullen weaves an absorbing tale of Dylan and Eric, two very different boys with what turned out to be different motives, and their lives leading up to April 20, 1999. In between, he includes survivor and witness accounts, the media’s coverage, the investigation into the shooting and the police cover ups, and more, to show the bigger picture before, during, and after the events of that day.

I was stunned to learn that the boys’ initial plan was very different from the events that unfolded. Had it gone their way, the death count would have been closer to 400 or 500 people – they had planned to set off a number of bombs, timed to inflict the greatest damage. Their shooting was not conceived as a shooting – it was, in fact, designed to be a bombing. The debunking continues, with Cullen highlighting the myths perpetuated by the media – many persisting to this day – and revealing the often painful truth, including that there seemed to have been a number of opportunities for this to be prevented.

I found this book to be well-written, well-researched, and informative. What I came away with in the end, aside from the realization that everything I believed about the Columbine shooting was likely inaccurate, was a sadness for the losses suffered by the victims,  families, and community of Littleton. I felt sympathy for the parents of Eric and Dylan, who had also lost children, and became the targets of hate, blame, and anger, since the killers – their sons – were no longer around. As Cullen notes, Dylan Klebold’s parents addressed the public, but very rarely, and mostly through statements or lawyers. Eric Harris’s parents have never spoken publicly.

I was also interested in the author’s portrayal of Eric and Dylan. They turned out to be quite different from each other, and while it seems that Eric may have been a genuine psychopath, Dylan seemed to turn his anger inwards. They had a lot of the same interests as other boys their age, and they had a lot of friends. They had prom dates and went to prom mere days before they carried out their attack. They may have been bullies more than they were bullied. And yet the myths – they were loners, picked on, outcasts – persist.

The big question that people have, when tragedies like this occur, is ‘Why’? Why would two boys do this? Why were they full of so much hate and anger? Why wasn’t this prevented? While the only two people who could perhaps definitively answer those questions are gone, Cullen’s lengthy, painstaking research has produced a book that may come as close as we will get to those answers. I highly recommend this.