I’ll Be Gone in the Dark: One Woman’s Obsessive Search for the Golden State Killer

I’ll Be Gone in the Dark: One Woman’s Obsessive Search for the Golden State Killer

A masterful true crime account of the Golden State Killer—the elusive serial rapist turned murderer who terrorized California for over a decade—from Michelle McNamara, the gifted journalist who died tragically while investigating the case.

“You’ll be silent forever, and I’ll be gone in the dark.”

For more than ten years, a mysterious and violent predator committed fifty sexual assaults in Northern California before moving south, where he perpetrated ten sadistic murders. Then he disappeared, eluding capture by multiple police forces and some of the best detectives in the area.

Three decades later, Michelle McNamara, a true crime journalist who created the popular website TrueCrimeDiary.com, was determined to find the violent psychopath she called “the Golden State Killer.” Michelle pored over police reports, interviewed victims, and embedded herself in the online communities that were as obsessed with the case as she was.

At the time of the crimes, the Golden State Killer was between the ages of eighteen and thirty, Caucasian, and athletic—capable of vaulting tall fences. He always wore a mask. After choosing a victim—he favored suburban couples—he often entered their home when no one was there, studying family pictures, mastering the layout. He attacked while they slept, using a flashlight to awaken and blind them. Though they could not recognize him, his victims recalled his voice: a guttural whisper through clenched teeth, abrupt and threatening.

I’ll Be Gone in the Dark—the masterpiece McNamara was writing at the time of her sudden death—offers an atmospheric snapshot of a moment in American history and a chilling account of a criminal mastermind and the wreckage he left behind. It is also a portrait of a woman’s obsession and her unflagging pursuit of the truth. Framed by an introduction by Gillian Flynn and an afterword by her husband, Patton Oswalt, the book was completed by Michelle’s lead researcher and a close colleague. Utterly original and compelling, it is destined to become a true crime classic—and may at last unmask the Golden State Killer.

I’m not a true crime reader. I struggle with the idea of consuming something about real events, real victims, as entertainment. But this book was all over my bookish social media feeds, and I’d heard that it was well-written and respectful of the investigation and victims of the man referred to in the subtitle as the Golden State Killer, so I thought that maybe I’d check it out eventually.

But what compelled me to purchase a copy for my Kobo and start reading on my lunch hour was the news that, after decades, police had made an arrest. Everyone in my news feed – bookish and non-bookish – was talking about the arrest and if this man, found via a DNA genealogy website, could truly be the rapist and killer police had been trying to find for all these years.

Adding to the layers in this book was Michelle McNamara’s sudden death before she finished writing, but in no way does it feel unfinished. Her editor and researcher helped to finish it, and they give the reader a glimpse into topics Michelle would have explored.

This is indeed a well-written, well-researched book that also reads as a kind of memoir of Michelle’s.

I had a difficult time following the chronology on occasion, but Michelle’s interviews with detectives who once worked to find the Golden State Killer were super interesting. She humanized the victims, telling the reader who they were, as well as the investigators, many of whom seemed haunted by this case.

One of the most interesting and thought-provoking aspects of this book (to me) was seeing how the time period affected the crimes and the investigations. There were no cellphones, no computers, and not much information sharing between various police departments. That DNA and the internet may have played a part in the offender’s capture after all this time is something that Michelle predicted.

Even if, like me, you aren’t a true crime reader, I recommend checking this book out. At times, the seeming ease with which the Golden State Killer committed these awful crimes and eluded capture disturbed me, and Michelle McNamara has written an interesting, engrossing, haunting book. The epilogue in particular will stay with me. Recommended. 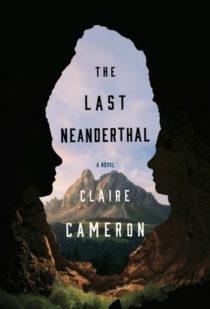 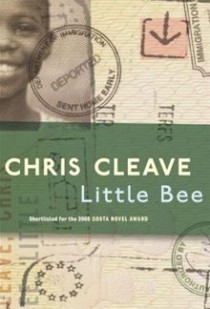 One Response to I’ll Be Gone in the Dark: One Woman’s Obsessive Search for the Golden State Killer