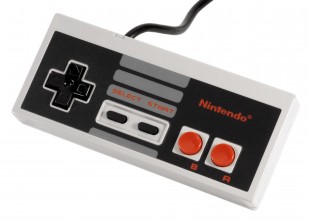 I am announcing a new category for Pingwing’s Bookshelf: video games!

I have loved video games since the days of the NES, when Super Mario Bros. and Duck Hunt were bundled with the system. Every weekend, my mom would take us to Tropical Video to rent a game or two.  Many a time I would call the store to report that a game cartridge wouldn’t load properly, only to be told that if taking the game out and blowing into the system to get the dust out didn’t work, nothing would, but we could exchange it for another game.

Super Mario Bros. 3 was a video game revolution, for me at least: overworld maps, new power ups such as the awesome Tanooki Suit, and airship levels blew my young mind away!

Over time, I enjoyed games on the SNES, the N64 (which I purchased with an entire pay cheque from  my part-time job at Yogen Fruz), Game Boy Colour, and now the Wii, Dsi, and 3DS. The only Nintendo console I haven’t owned is the Gamecube, but since the Wii is backwards-compatible with Gamecube games, I don’t feel as though I’ve missed out.

My favourite video game series are Mario, Zelda, and Pokemon. I am obviously a Nintendo fan, but as Mr. Pingwing is a Sony man, I’ve been branching out and playing PS3 games, such as Little Big Planet 2, Uncharted 2, Portal 2, andFolklore. Portal 2, in particular, is amazing and I definitely recommend that you give that game a try. Mr. Pingwing and I got our hands on a used copy for around $25 and enjoyed it a lot. We played the single-player game together, which was fun, and we definitely needed two brains to solve some of the puzzles!

As much as I love the console games, especially the Super Mario Galaxy games and SNES games that are playable over the Wii’s virtual console, I spend most of my gaming time on handheld games for DSi and 3DS. The main games in my favourite series, Pokemon, are handheld-only, and so many amazing RPGs (role-playing games, my favourite genre) are available on handhelds as well, like Dragon Quest IX: Sentinels of the Starry Skies (one of the best RPGs I’ve ever played), Chrono Trigger (ported from the SNES), and the Final Fantasy series (also ported).

The games I’ve been into lately are Etrian Odyssey (classic dungeon crawling, if you like old-school RPGs); Dragon Ball Origins (a fun action-adventure game based on the anime series); and Final Fantasy: 4 Heroes of Light (RGP that is mostly fun but also infuriating when it comes to boss battles). I’ve also been completing my Pokedex in Pokemon White, trying to finally finish Legend of Zelda: Ocarina of Time (this time on the 3DS), and trying to beat the final boss in Dragon Quest IX.

I have a constantly-expanding library of DSi/3DS games, and also have a number of future 3DS releases on my wish list, including: Luigi’s Mansion 2; Mario Kart 7; Animal Crossing; Paper Mario; Pokemon Rumble Blast; and Super Mario 3D Land (which I am waiting to receive in the mail via my Future Shop pre-order; look for a post on that game later in the week!).

I will probably not be reviewing video games the same way that I review books, because I have a habit of starting one game and then moving on to another one before finishing (usually because I rage-quit when I feel stuck), so I will probably just be posting some rambling thoughts on whatever game I’ve been playing that day. 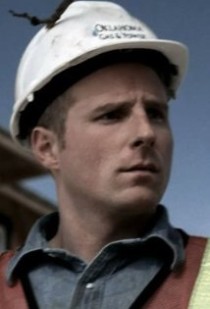 Waiting on Wednesday
Posted in: Blog, Video Games | Leave a comment
Previous
Next