Published by Atheneum Books for Young Readers
on April 8, 2014

Listen — Travis Coates was alive once and then he wasn’t.

The in between part is still a little fuzzy, but he can tell you that, at some point or another, his head got chopped off and shoved into a freezer in Denver, Colorado. Five years later, it was reattached to some other guy’s body, and well, here he is. Despite all logic, he’s still 16 and everything and everyone around him has changed. That includes his bedroom, his parents, his best friend, and his girlfriend. Or maybe she’s not his girlfriend anymore? That’s a bit fuzzy too.

Looks like if the new Travis and the old Travis are ever going to find a way to exist together, then there are going to be a few more scars.

Oh well, you only live twice.

I’ve heard so many good things about Noggin, so I was super excited when it was picked by my book club.

The premise is a little strange, but that’s why I was so interested in reading the book. And I found that there was something so fascinating, compelling, and thought-provoking about “dying” at age 16 and coming back five years later. In the grand scheme of things, not much time has passed, but the ages between 16-21 are so formative and full of such change that to “miss” them the way Travis did would be so bizarre and difficult to deal with.

This was definitely one of those stories where I tried to stop and imagine myself in that position – how would 16 year old me have dealt with dying, then coming back to find my friends and family five years older while I was still 16? Best friends off to college while I had to go back to high school? I don’t think I’d have handled it well! But it was fascinating to try and imagine myself in that situation.

This book had a great mix of humour and heavier, more serious moments. I especially found the moments with Travis’s parents heartbreaking.

Noggin was as great and as moving as I’d heard it was. Highly recommended! 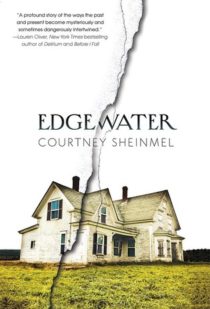 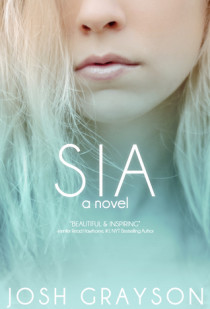