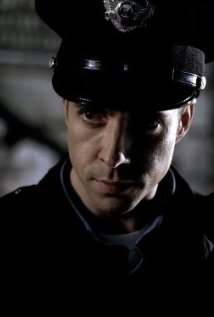 Sam and Dean investigate an abandoned sanitarium and discover that when the hospital was open, the patients held a revolt against the cruel and unusual experimental treatments carried out by the head doctor. Now the ghosts roam the halls, driving anyone who spends the night insane.

Ooh, Hunter from The Office and Jules from Breakout Kings!

I’ve always liked this episode a lot. It’s a good, straightforward, creepy one.

They’ve been using the same “previously on”, ten episodes in.

Man, knowing that their dad was right there in Lawrence, and seeing how much they’re looking for him now, is so frustrating. It’s so rude that John Winchester knows that they’re looking for him. Dean’s hope that maybe he’s at the job that he’s sending them to is sweet but sad, because we know he won’t be there. Dean is still obedient and Sam is defiant, questioning their father’s authority.

This is a nice little ‘good cop, bad cop’ routine that Sam and Dean have going on. They’re hustling!

Ooh, Sam is touchy about his abilities.

I love Dean’s expression when Sam doesn’t respond to his ‘Jack’ voice!

Here we go, the Dad Talk. Sam is right. They deserve answers. But Dean was raised to take orders, military-style, and I think it will take a lot for him to start questioning their father and his orders.

Sam talking about his life to this doctor is interesting. He tells him he’s been on a road trip with his brother and has met interesting people. This could have been an opportunity to really delve into things about his brother and his father, but the viewer didn’t really get to see it. Not yet, at least…

There are so many angry spirits in this asylum! Gavin, this is not a good date.

They really should not split up if Sam doesn’t also have a gun.

I do love their advice to the teens: “If someone says a place is haunted, don’t go in!”. Haha.

Ewww did that ghost try to kiss Gavin? Blech.

This episode puts a good twist on the typical haunted building story, because the spirits aren’t trying to hurt people. They’re trying to communicate (for the most part). Dr. Ellicott’s work to try and get patients to vent/express their rage and anger explains what happened to that police officer in the beginning of the episode.

Classic quote: “Dean, he’s your boss?” My husband and I laughed out loud at that one.

Well now Sam is being affected and getting his rage out at Dean. This is something they’ve done again on the show, albeit not in the same way: somehow getting the brothers to reveal to each other how they really feel.

You know, I think there is a lot of truth in what Sam says to Dean, under Dr. Ellicott’s influence, which is what makes me love this scene. It’s nasty and we know Sam is not himself, but there is definitely some truth in what he says.

WOAH Sam pulled the trigger! And Dean must have known he would, because it wasn’t loaded. They’ve got some issues to work through.

AND THEN John Winchester calls them at the end of the episode! Last time we saw him, he said he couldn’t contact his sons until he knew ‘the truth’ – could this call mean that he now knows?

This episode definitely goes into Monster of the Week territory, but with the big scene between Sam and Dean, it addressed a lot of the big-picture stuff. I love it. It’s funny, it’s creepy, and there are some great Sam and Dean moments talking about John Winchester.

I wonder if Gavin and Kat broke up when they got out of there.