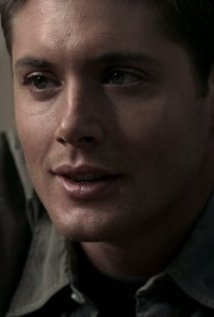 When an old vampire hunter is targeted by a group of vampires, he tries to attack them with an old Colt pistol, but is killed before he can fire a shot. Returning to the nest, the vampire Kate (Anne Openshaw) gives the Colt to her mate, the leader Luther (Warren Christie). When Dean recognizes the murdered hunter's name in the newspaper, he and Sam head to Boulder, Colorado, and discover a letter addressed to their father, who suddenly returns. The letter reveals to him that the gun is mystical and capable of killing anything. Realizing that they can use it to finally kill Azazel, the demon responsible for their mother's death, the Winchesters capture Kate and attempt to trade her to Luther in exchange for the gun. John makes the trade while Sam and Dean rescue the vampires victims, under orders to leave afterwards. During the negotiation, Luther attacks John, and the brothers intervene, killing most of the remaining vampires. John retrieves the gun, and the legend of the Colt is proven to be true as he shoots Luther dead. The two surviving vampires flee and John finally accepts that the Winchesters are stronger as a family and invites Sam and Dean to join him in hunting Azazel.

John Winchester is coming back!

In this episode, we meet Daniel Elkins, another hunter (I love how they’ve all got their journals). We also learn about the Colt.

Ooh, continuity! Dean mentions Sarah from the last episode, but Sam is not having it.

It turns out that Elkins was a friend of their father’s. I love seeing the world of hunters expanded upon; it isn’t just Sam and Dean and their father, but a whole cross-country network of people (mostly men it seems, grumble) who know what’s really out there and are hunting down the supernatural.

The boys are reunited with their father, who is here in town because of Elkins. Oh sure, he shows up for an old friend, but when his own children are sick and hurt and asking for him, he doesn’t bother to show up. John Winchester is never going to be father of the year!

Elkins taught their father a lot about hunting. And now they have to go after whatever killed him, because it seems that it has taken the Colt – a special gun that was in Elkins’ possession.

Sam and Dean didn’t even know that vampires existed! Dean says that their father never even mentioned them; John says he thought they were extinct, wiped out by Elkins and others who hunted vampires.

Man, there’s already so much tension between Sam and his dad, with Sam questioning his father’s orders already. And John is super rude to Dean about the Impala! “I wouldn’t have given you the damn thing if I thought you were going to ruin it”. SAD FACE.

Sam is so upset – the way their father keeps them in the dark, on a ‘need to know’ basis, ordering them around, treating them like children, when they’ve really come into their own as hunters. Dean, of course, is okay, if that’s what it takes to get the job done.

Even the vampire Luther is worried about the other vampires killing Elkins, knowing it will lead other hunters to them. And then his girlfriend stole the Colt – man, she didn’t even know what she had!

Back to the boys and their father. Sam is arguing with John (shocker) but makes a good point. Dean, of course, is trying to be the peacekeeper. They spent all season looking for him, but the tension between Sam and their father doesn’t take long to turn into a full-blown argument.

To become a vampire, do you drink its blood? I’m not too clear on how vampires are ‘made’ here.

The Colt, according to legend, and its special bullets can kill anything. John Winchester wants to use it to kill the demon, Azazel, who killed Mary Winchester. So now they’ve got to get it back from Luther and the other vampires.

Does John Winchester love the quest for revenge and vengeance more than he loves his sons? He’s so driven, so singularly focused, and I can see that in Sam and Dean as well at times over the course of the series so it’s hard, in that respect, for me to fault John for that drive. But he’s so neglectful of his sons, which is ironic when you think that the Winchesters say they’re all about family. I have very mixed thoughts about John as a character, but I love the complex relationship between him and his sons and they way it’s explored throughout the series.

John tells the boys about ‘dead man’s blood’, and how it’s like poison to a vampire if they’re injected with it. The blood sickness will wear off, eventually.

The moment between Sam and his father – where John tells Sam how about the day Sam was born, he put $100 in a savings account as a college fund (and did the same for Dean, and put $100/month in the accounts each month until…) – is super touching, because obviously hunting is never the life that John wanted for his kids. He didn’t even know about the supernatural until Mary was killed.

But after Mary died, John only cared about keeping them alive. He wanted them prepared and in the pursuit of that goal, he stopped being a father and became a drill sergeant. It never occurred to him what Sam wanted. When Sam wanted to go to college, John was worried that he’d just be alone and had a tough time accepting that they’re so different.

Sam tells John that they’re not different anymore, after what happened to Jessica. Both have lost the woman they love to a demon.

This was such a great scene. These two needed to have a heart to heart, and John acknowledging his shortcomings as a father is so significant.

And what happened to the money in the college funds? He spent it on ammo. Haha!

And after all that, John is still planning to go after the demon alone. Dean finally agrees with Sam and stands up to their father! And John says son of a bitch (hey that’s Dean’s line!).

We hear that John is not expecting to walk away from a showdown with the demon in one piece. He doesn’t want Sam and Dean there because of what might happen to him, and to them.

So they attack the vampires, and Luther tells them that they (vampires) have as much right to live as humans do: “You people – why can’t you leave us alone?” You know, I am torn there. Because vampires were humans, who were likely turned against their will. They didn’t choose to become what they are. I do understand what he’s saying, but at the same time, to survive, they’re killing humans. The Winchesters can’t let that stand.

Woah seeing the Colt in action is super cool!

And in the end, John agrees to go after the demon together, agreeing with Dean: they’re stronger together, as a family (really? Even though we know that you are also each other’s weaknesses?)

Only two episodes left this season!

A great episode for many reasons: exploring the father-son dynamic, particularly between Sam and John; introducing vampires as something entirely new to even Sam and Dean, and I love the ‘dead man’s blood’ concept; learning about Elkins and the Colt, which is extremely important in future seasons.

This episode works as a great Monster of the Week episode with just the vampire stuff, but it super moves the main storyline along, which you know I love!

-Vampire: cross won’t repel them; sunlight won’t kill them and neither will a stake through the heart; need human blood to survive. Vampires were once people. They have a second set of teeth that descend when they’re ready to feed. Social creatures – they ‘nest’, live together. Mate for life.

Vampires can go outside in daylight, but get hurt by direct sunlight. Sleep during the day, but it doesn’t mean they won’t wake up.

Once a vampire gets your scent, it’s for life, but you can block your scent with saffron, scumcabbage, trillium.

They have to be beheaded but can be poisoned with an injection of a dead person’s blood.

-The Colt: made in 1835, with Hailey’s Comet overhead – the same night that those men died at the Alamo. Samuel Colt made a gun for a hunter and he made 13 bullets to go with it. The hunter and the gun then disappeared, but it somehow came to be in Daniel Elkins’ possession. They say it can kill anything.