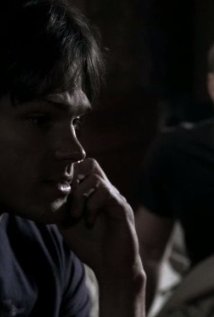 John calls Sam and Dean, telling them he is hunting the thing that killed their mother and it is a demon. However, instead of letting them help, he tells them to investigate the disappearances of young couples in rural Burkitsville, Indiana, Sam reveals to Dean that he would rather track down their father, prompting the two to angrily separate. As Sam meets a fellow hitchhiker named Meg Masters (Nicki Aycox), Dean starts the investigation and saves a traveling couple from a living scarecrow. Dean calls Sam about the creature, and discovers that a Vanir is being summoned in the form of a scarecrow to protect the town in exchange for annual sacrifices, with a sacred tree in the town giving it power. Because the couple intended for the ritual escaped, the townspeople choose Dean and Emily (Tania Saulnier) —a girl who lives in town with her aunt and uncle— to be the new sacrifices. However, Sam returns and rescues them, and the scarecrow instead takes Emily's aunt and uncle as its victims. The next morning, Emily and the brothers burn the sacred tree, and then leave town. Meanwhile, Meg hitches a ride on the highway, but slits the driver's throat, collecting his blood into a goblet and using it to communicate with an unknown being whom she calls father.

Of course there’s a catch in a small town where people are too friendly (on TV)!

This scarecrow reminds me of that movie Jeepers Creepers, which I think I only saw the end of.

Also, never go up to a strange house in the middle of nowhere! Man, this went so wrong for this couple. All the warning signs were there but I guess they don’t watch as much TV as I do.

John Winchester! Finally! I love that he called Dean but Sam answered the phone. There’s so much more tension in their relationship.

So now we have confirmation that Sam and Dean’s mother was killed by a demon.

I love that Dean keeps asking for the phone. But of course John Winchester tells the boys to stop looking for him: “I’ve given you an order”. They’re like little soldiers. And then of course Dean says “Yes sir” and starts taking notes, in contrast to Sam, who argued with their father.

I love that Dean is impressed with their father’s ability to put this pattern together.

And of course now Sam and Dean are fighting over whether or not to go after their father, and Sam snaps at Dean: “Jess died six months ago. How the hell would you know how I feel?”

Dean equates his blind faith and obedience in their father with being a good son, and thinks Sam is selfish for doing whatever he wants. And now the brothers are splitting up! They’re going separate ways. And this will not be the last time they do this on the show!

Man, do people still hitchhike? It seems so unsafe. I would never do that!

Back to the small town. Dean is following their father’s orders, while Sam goes to look for their father instead.

We the viewers know that these people (at least the older man and woman) are lying.

Dean: “Dude you’re fugly”. So charming! I love that he gets right up close to look at the scarecrow. Such dramatic tension! I keep waiting for the scarecrow to move, even though I’ve seen this episode many times and know it doesn’t happen.

I love Dean putting the pieces together and talking to this couple in the restaurant.

And Sam and Dean almost called each other! Awww!

Hmmm Sam runs into Meg again. What are the odds…and she’s also trying to get to California.

Ahh Dean and his pie. I really love this scene with him trying to help this couple, but he ends up just creeping them out and annoying them. And then they called the sheriff on him to escort him out of town! Yikes.

And back to this poor couple, who really should have listened to Dean. Everyone should listen to Dean! Now we get to see this scarecrow in action, somewhat.

Sam and Dean are finally talking! Hooray! They suspect that the scarecrow is a pagan god, and the town is dealing with ritual sacrifice to the god possessing the scarecrow. Interesting.

And Dean tells Sam that he’s right, he’s got to live his own life. And he almost says that he wishes he could stand up to John Winchester like Same does. And then this, which gets me right in the feels: “I’m proud of you Sammy”.

Maybe Dean should have known better than to go ask someone kind of local about this pagan god! Yikes! But he learned that they’re dealing with a vanir, who brings the town prosperity in exchange for human sacrifice, always a male and female.

Dean wakes up and is trapped with the niece of the man and woman from earlier in the episode, to be the next sacrifices to the scarecrow. The townspeople feel a responsibility to protect the town, but they’re doing it in a horrible way, sacrificing innocent people. They close their doors and look the other way. And the vanir is angry (from Dean thwarting the attempt to sacrifice the couple the previous night) and they’re going to sacrifice Dean and one of their own because this is their last chance in the annual cycle. The trees are already beginning to die.

Ultimately we see that Sam can’t leave Dean, and when he can’t reach him on the phone, he knows that he’s in some kind of trouble. Sam resists Meg’s plea to come to California with her: “he’s my family”.

LOL at Dean scolding the townsfolk, telling them that sacrifice is classier than killing (but it’s still killing). These townspeople are willing to sacrifice others for their own good/gain, even family, in contrast to Sam and Dean who are always willing to risk themselves for others.

It does seem unlike Dean to me that he is willing to wait until morning to torch the sacred tree and end this vanir. Also, why are the townspeople waiting in the orchard, which they don’t seem to have done the other nights. Maybe because it’s the last night of the cycle and they have to make sure that the vanir gets its sacrifice – but that certainly backfires on them, doesn’t it?

But the scarecrow says f that! He’ll take any of these townspeople apparently. And then Sam and Dean torch the tree end end the vanir’s rule.

Of course, Sam and Dean decide to stick together. They’re all that’s left and need to do this – hunting, finding their father – together.

Ooh now in the end of the episode we get to see what Meg is up to.

The larger plotline doesn’t move forward much but I love the dialogue between Sam and Dean about their father. And this was a pretty good, somewhat creepy Monster of the Week episode.