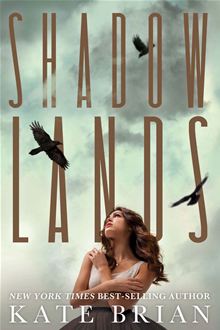 Published by Hyperion on January 8, 2013

Rory Miller had one chance to fight back and she took it. Rory survived and the serial killer who attacked her escaped. Now that the infamous Steven Nell is on the loose, Rory must enter the witness protection program. Entering the program alongside her, is her father and sister Darcy. The trio starts a new life and a new beginning leaving their friends and family behind without a goodbye.

Starting over in a new town with only each other is unimaginable for Rory and Darcy. They were inseparable as children but now they can barely stand each other. As the sisters settle in to Juniper Landing, a picturesque vacation island, it seems like their new home may be just the fresh start they need. They fall in with a group of beautiful, carefree teens and spend their days surfing, partying on the beach, and hiking into endless sunsets. Just as they’re starting to feel safe again, one of their new friends goes missing. Is it a coincidence? Or is the nightmare beginning all over again?

I read Vy’s review of this book and was definitely intrigued.

This was a really quick read – or maybe I just got really into it! – that I finished in one day. It begins in one of the creepiest ways I can think of: a serial killer, Steven Nell, watching and attacking a young girl (Rory). As the reader, we view the incident from both the attacker and the victim’s perspectives, which was interesting but definitely unsettling.

Eventually Rory and her older sister, Darcy, and their father are relocated to the quaint island of Juniper Landing, with new names and identities, while the FBI manhunt for Rory’s attacker is underway. While the island is beautiful, it isn’t long before Rory notices strange things happening and people disappearing.

This book was creepy and for probably 99% of the story, I had no idea what was going on. I love when that happens – when I’m genuinely intrigued and surprised by a book. Sure, it can be fun to think, ‘I called that’ when a mystery is resolved or a killer revealed, but I truly love when a book surprises me. This one did.

I liked Rory, probably because I could identify with some aspects of her personality. She wasn’t the ultra outgoing popular girl that Darcy was – she was quiet, but intelligent and perhaps a bit solitary. I liked that Rory seemed to know who she was and was happy with it. There are also occasional, brief chapters narrated from Nell’s perspective (third person) which were super creepy, but also intriguing. That guy is definitely a creepo! But I thought those chapters were a nice touch, enhancing the already-unsettling atmosphere of the story.

There is some stuff going on with Darcy and Rory and the teenagers they meet on the island, and it all seems like pretty regular teenage, YA stuff, but there’s always a sense of dread in the background – partly because of Rory’s fear and flashing back to her attack, but partly because of the island and its inhabitants. And the ending! Okay, I know what I said above about loving when I can’t predict the ending, but I also said it can be fun to claim to have seen it coming, so I’m going to boast that I saw it coming like three pages before it actually did. But it still got me!

I’ve never read anything by Kate Brian, but perhaps I’ll have to seek out some of her other books now! I really liked the way this one was written, sort of a combination of contemporary YA with the hint of a supernatural element. I’m pretty sure this is going to be a new series (or else that ending is really going to bother me!) and I will absolutely be looking for the sequel.