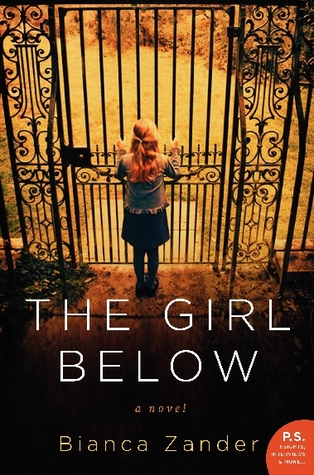 The Girl Below By Bianca Zander

Suki Piper is a stranger in her hometown. . . .

After ten years in New Zealand, Suki returns to London, to a city that won't let her in. However, a chance visit with Peggy—an old family friend who still lives in the building where she grew up—convinces Suki that there is a way to reconnect with the life she left behind a decade earlier. But the more involved she becomes with Peggy's dysfunctional family, including Peggy's wayward sixteen-year-old grandson, the more Suki finds herself mysteriously slipping back in time—to the night of a party her parents threw in their garden more than twenty years ago, when something happened in an old, long-unused air-raid shelter. . . .

A breathtaking whirlwind of mystery, transgression, and self-discovery, Bianca Zander's The Girl Below is a haunting tale of secrets, human frailty, and dark memory that heralds the arrival of an extraordinary new literary talent.

This was a very absorbing read, one that I had a tough time putting down. The story takes place when Suki returns to London after living in New Zealand for a decade, and I immediately got the impression that Suki was struggling with all aspects of her life: friendships, relationships, job prospects, family, etc.

What really drew me in were the early chapters that flashed back to her childhood, to a night involving a party thrown by her parents and to a trip to the air raid shelter in the garden. Her tenuous grasp on these memories gave off an unsettling atmosphere, partly because, as glimpsed through Suki-as-a-child, she doesn’t quite understand all that she sees and hears, and so as a reader, I was filling in blanks and found I couldn’t explain some of the things that Suki remembered. I also found myself questioning the reliability of Suki’s memories, wondering how much faith I could put in the accuracy of these remembered events, and I liked that uncertainty.

I loved the movement between Suki’s past and present, and the way it drew out the story. Present-day Suki bounces around the couches of some old friends before settling in with an old friend’s family: Peggy was Suki’s neighbour in her parents’ old place, and Suki winds up staying with Peggy’s daughter, Pippa.

Pippa is married to Ari and has a son, Caleb. They end up asking Suki to stay and keep an eye on Caleb while taking Peggy to Greece to visit Ari’s family, and partly because she has nowhere else to go, Suki agrees. Pippa hopes that Suki can talk some sense into Caleb, as she senses that they may be similarly troubled.

Things become stranger and stranger, and the supernatural vibe to the story begins to pick up, culminating with Suki and Caleb going off to Greece with Pippa’s brother when they learn that Peggy’s health is even worse than they thought.

I loved the spooky, supernatural atmosphere that built throughout the book, and the descriptions of Greece and Ari’s family home were so vivid and wonderful. I also liked learning about Suki’s past through flashbacks, particularly the chapters that focused on her childhood and on her relationship with her parents.

There were a few things that frustrated me about Suki, like her drinking and drug use, and her strange relationship with Caleb. However, while I didn’t like these some of the things that Suki did, I think they helped to demonstrate how poorly she coped with her feelings of isolation and loneliness. She wasn’t always likeable, but I felt for her and wanted her to find happiness. It’s difficult to like a character who does unlikable things, but I didn’t see Suki as a bad person, and I think that’s a credit to the author that she has written a complex character who I couldn’t help but root for through it all.

I didn’t quite get all the answers I wanted out of this book, but maybe others will be able to read more into things than I was. Overall, I thought this was well-written and entertaining, and I recommend it. I would be interested to read more by Bianca Zander in the future. 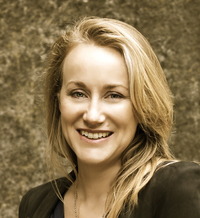