Series: The Lone City #1
Source Received from the publisher via Edelweiss

Published by HarperTeen
on September 2, 2014

Purchased at the surrogacy auction by the Duchess of the Lake and greeted with a slap to the face, Violet (now known only as #197) quickly learns of the brutal truths that lie beneath the Jewel’s glittering facade: the cruelty, backstabbing, and hidden violence that have become the royal way of life.

Violet must accept the ugly realities of her existence… and try to stay alive. But then a forbidden romance erupts between Violet and a handsome gentleman hired as a companion to the Duchess’s petulant niece. Though his presence makes life in the Jewel a bit brighter, the consequences of their illicit relationship will cost them both more than they bargained for.

The Jewel is a book that I’ve been hearing about for months. The cover was really eye-catching, and I feel like its one of those books that I couldn’t escape – it felt like every blogger I knew was talking about this book and reading it.

Even though I couldn’t help but think of The Hunger Games at times, I really enjoyed parts of this book, including the world building. I was interested in the history of the world Violet inhabited. Some of the characters (the Duchess, Lucien, Raven, Annabelle) were really intriguing, and at times my heart went out to them; and I (mostly) enjoyed the story.

The major obstacle for me was the romance: it felt very much like insta-love to me, and Violet took so many risks in the name of love. I also felt that Violet and her love interest were somewhat bland, personality-wise. It was so tough to feel invested in the story past that point. And until the romance took over, I was super interested in Violet’s story and the world of The Jewel.

That said, I was super intrigued by events at the end of the book and am very much looking forward to finding out where the story goes in book two. I’ll definitely be reading the sequel! 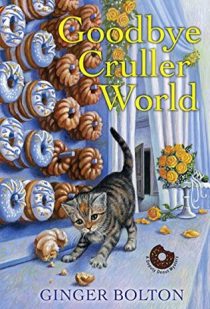 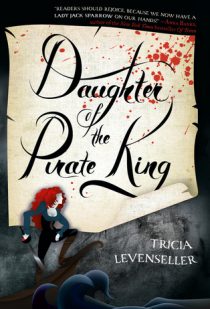