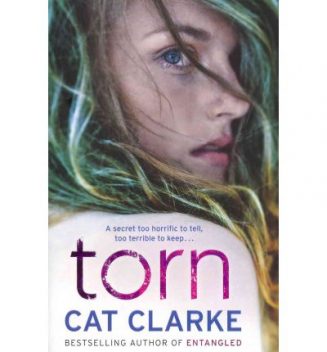 Alice King isn't expecting the holiday of her dreams when she sets off on a trip to the wilderness with her mates. But when her best friend Cass decides to teach mean girl Tara a lesson, Alice finds herself in a nightmare she can't escape.

Now Alice is the guardian of a secret too horrific to tell; and a secret too terrible to keep. A secret that will change all of their lives for ever...

I can’t remember where I bought this e-book, because it isn’t available through the Kobo Store. I think I got it through the Book Depository, although it seems to no longer be available there as an e-book.

I liked this book and found it to be a very quick read. I liked that Alice, the narrator, was not entirely sympathetic. Sometimes she was annoying, sometimes she was stubborn, etc.  But she came across to me as a regular teenage girl – at times self conscious, wanting to be accepted. Alice’s voice was very distinct, and I think the author has written a realistic teenage character. Alice is not popular, but she’s not necessarily an outcast, either.

The book opens with Alice at a memorial service for Tara, the ‘queen bee’, if you will, of Alice’s all-girls school in England. The memorial service makes it clear that Tara was popular and seemingly well-liked, but we learn that Alice and her best friend, Cass, thought that Tara was a mean girl. Then we learn about the class trip to Scotland where Tara died – and that Cass, Alice, and two other classmates (Rae and Polly) were involved.

To complicate matters, in addition to this massive secret that Alice is now carrying around, she begins a relationship with Tara’s brother. Even though Alice was hiding the truth of his sister’s death, I felt that the development of their relationship was believable. He seemed like a nice, normal boy, and I couldn’t help but feel bad for him, because I knew that Alice was holding back information about his sister that would devastate him.

I liked the way that things were hinted at or referred to early in the novel but not explained right away. I think that’s part of what kept me reading this in just a couple of sittings – it felt like there was a slow build up to things and I wanted to know what Alice wasn’t telling me right away. There is also a bit of a supernatural/is she or isn’t she losing her mind thing going on here, as Alice is occasionally visited by Tara’s ghost. Is it really Tara’s ghost, or is it a product of Alice’s feelings of guilt?

I wish the ending had been a bit more definitive –  I want to know what happened after ‘the ending’ – but overall, I enjoyed this book and recommend it.