Our Christmas tree is up! Presents are wrapped under the tree! Christmas music is on the radio! It’s the beginning of my favourite time of year!

I’ve got a couple of new books via Edelweiss (thank you MIRA and Sky Pony Press!):

Don’t You Cry, by Mary Kubica (summary from Goodreads):

In downtown Chicago, a young woman named Esther Vaughan disappears from her apartment without a trace. A haunting letter addressed to My Dearest is found among her possessions, leaving her friend and roommate Quinn Collins to wonder where Esther is and whether or not she’s the person Quinn thought she knew.

Meanwhile, in a small Michigan harbor town an hour outside Chicago, a mysterious woman appears in the quiet coffee shop where eighteen-year-old Alex Gallo works as a dishwasher. He is immediately drawn to her charm and beauty, but what starts as an innocent crush quickly spirals into something far more dark and sinister than he ever expected.

As Quinn searches for answers about Esther, and Alex is drawn further under Pearl’s spell, master of suspense Mary Kubica takes readers on a taut and twisted thrill ride that builds to a stunning conclusion and shows that no matter how fast and far we run, the past always catches up with us in the end.

Seventeen-year-old Itzy Nash is spending the summer at the exclusive Carlyle hotel in New York City. But the hotel harbors more than the rich and privileged; it is host to a gorgeous fallen angel, reclusive movie stars, and—Itzy soon learns—demons of the worst sort. When the Queen of the Damned checks in, all Hell breaks loose. Itzy is called upon to save herself—and all of humanity—from the ravages of the Underworld. There’s only one problem: Itzy’s possessed.

Part gothic thriller, part historical fiction, the novel straddles the Upper East Side and the lush trappings of the Carlyle hotel, and Paris during the Reign of Terror in 1789. Marie Antoinette is the Queen of the Damned. Marilyn Monroe is an expert demon hunter. To kill a demon, Hermès scarves, Evian water, and a guillotine are the weapons of choice.

For anyone who loved Daughter of Smoke and Bone, this has an epic battle between angels and demons with a doomed love story at its core. But it’s also darkly funny, for fans of Hold Me Closer, Necromancer, and more than anything it’s something original—dark, funny, clever, and glamorous.

I only finished reading one book this past week: After You, by Jojo Moyes.

Currently, I’m still reading Rook, by Sharon Cameron, and Yes, My Accent is Real: and Some Other Things I Haven’t Told You, by Kunal Nayyar.

Coming up are my reviews of Hotel Ruby, by Suzanne Young, and After You.

I’m off to do some reading, write reviews, and watch the midseason finale of The Walking Dead tonight! Happy Sunday! 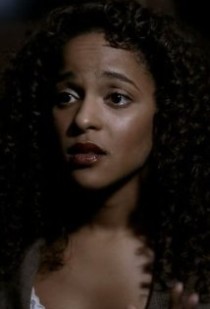 2016 End of Year Survey
Posted in: Blog, Week In Review | Leave a comment
Previous
Next