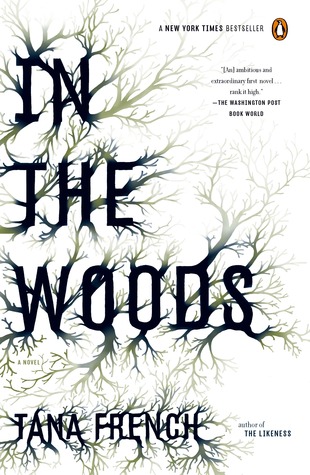 As dusk approaches a small Dublin suburb in the summer of 1984, mothers begin to call their children home. But on this warm evening, three children do not return from the dark and silent woods. When the police arrive, they find only one of the children gripping a tree trunk in terror, wearing blood-filled sneakers, and unable to recall a single detail of the previous hours.

Twenty years later, the found boy, Rob Ryan, is a detective on the Dublin Murder Squad and keeps his past a secret. But when a twelve-year-old girl is found murdered in the same woods, he and Detective Cassie Maddox—his partner and closest friend—find themselves investigating a case chillingly similar to the previous unsolved mystery. Now, with only snippets of long-buried memories to guide him, Ryan has the chance to uncover both the mystery of the case before him and that of his own shadowy past.

Richly atmospheric and stunning in its complexity, In the Woods is utterly convincing and surprising to the end.

I have previously read one book in this series (The Trespasser, the most recent book) and really enjoyed it. And I do enjoy mysteries and thrillers, so the rest of Tana French’s books have been on my TBR since I first heard about them. But recently, Book Riot’s Read or Dead podcast had an episode about Tana French’s books in light of news that the BBC will be adapting some of them, and I was so interested in her books after hearing Rincey and Katie talk about them that I started this book right away.

This was so good! I really do enjoy a good mystery, but this was more than that: while the mystery aspect of the story was interesting, I was really drawn in to the story because of Rob and his partner Cassie. I was so interested and invested in their story and their partnership. And I was so into this book that I was yelling at the characters when I didn’t like what they were doing, and ranting to my husband about it.

And on top of that, the writing was fantastic. I honestly could not put this book down! I was thinking about it all day when I had to be at work or walking to the bus stop or out with friends when I wished I could have been reading.

As for the mystery itself, this is kind of a story about two mysteries: Rob’s past and the disappearance of his childhood friends, and the present-day case. I was not necessarily satisfied with the outcome/resolution, but I appreciated what the author did, if that makes sense (and if it doesn’t, it’s because I don’t want to spoil anything!).

This is definitely a recommended read! As soon as I was finished, I started reading the next book in the series, The Likeness (another one that I couldn’t put down!).