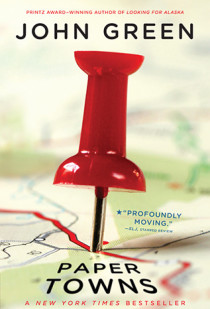 I own two John Green books and had a hold on others from the library, but I haven’t actually read any of his books until now. The time came, though, and I picked this up from the library, eager to read something by an author that everyone loves so much!

Quentin Jacobsen has spent a lifetime loving the magnificently adventurous Margo Roth Spiegelman from afar. So when she cracks open a window and climbs back into his life—dressed like a ninja and summoning him for an ingenious campaign of revenge—he follows.

After their all-nighter ends and a new day breaks, Q arrives at school to discover that Margo, always an enigma, has now become a mystery. But Q soon learns that there are clues—and they’re for him. Urged down a disconnected path, the closer he gets, the less Q sees of the girl he thought he knew.

Quentin ‘Q’ Jacobsen has crushed on his neighbour, Margo Roth Spiegelman, for most of his life. She’s pretty and popular, but has a habit of disappearing for a while and then suddenly showing back up at home. He’s loved her from afar – despite being neighbours, they don’t really talk or hang out. One night, she shows up at his window and talks him into joining her on a wild prank-filled night, exacting some revenge on her boyfriend and friends.

Q has a good time, despite his initial fears, and begins to see into the real Margo – or at least, so he thinks. But when he goes to school the next day, Margo isn’t there. Or the next day. It turns out Margo has gone missing yet again, but Q believes she has left a trail of clues for him to follow.

I really liked this book. Any story about the end of high school is bound to appeal to me, since I feel like that was such an important period of my life. Q and his friends, Ben and Radar, were so funny and just seemed like regular guys, and I loved the way they jumped in to help Q look for Margo.

Margo’s clues were, at times, so obscure or random that I really have no idea how the boys figured them out. I never would have! But it was really interesting to see the way they tried to solve the mystery, and the way the search took them further and further away from their comfort zone and from their town. While the search for Margo is going on, Q and his friends are also dealing with the end of high school and the upcoming prom. Ben is obsessed with getting a date, Radar and his girlfriend are going, and Q doesn’t care about prom at all and isn’t going. As Q becomes more obsessed with solving the clues and finding Margo, he begins to lose patience with his friends when they seem more interested in things like prom than in helping him. I have to say, at times like this, Q was a bit irritating – Ben and Radar weren’t in love with Margo so it was natural to me that they would be less invested in the search than he was, and he just didn’t seem to get that at times.

The more they searched, the more dead ends they ran into, and soon the feeling of excitement and adventure turned to fear. Was Margo still alive? Was this whole thing some massive prank and she was just waiting to come home on prom night, or was she dead somewhere? I have to say, there were times where I had no idea if they were going to find Margo dead somewhere. There was a real sense of suspense, and as Q realized that he didn’t know the real Margo, only the version of her that he wanted to see, he began to worry about what had really happened to her.

SKIP THIS PARAGRAPH TO AVOID SPOILER In the end, the only character who annoyed me was Margo. The pranks she pulled on other people, running away and coming back so often, and her attitude when Radar, Ben, Lacey, and Q finally found her was so frustrating. While the other characters felt real to me and I thought I could identify with them, Margo just didn’t. END OF SPOILER

I wish this book had been around when I was Q’s age. It was really well written and so funny, and I I’ll definitely be reading more John Green! 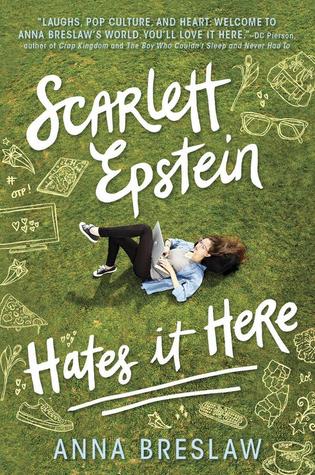 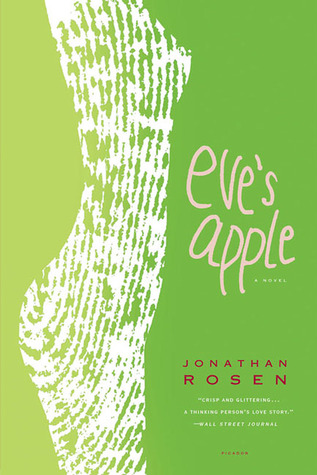