Fear grips the residents of Hidden Falls the night Sonia Feldman and her best friend, Gretchen Meyer, are attacked in the woods. Sonia was lucky to escape with her life, but Gretchen’s body is discovered at the bottom of a waterfall. Beautiful, popular, and seemingly untouchable, Gretchen can’t be gone. Even as Sonia struggles with guilt and confusion over having survived, the whole town is looking to her for information…could she have seen something that will lead the police to the killer?

At the top of the list of suspects is Gretchen’s ex-boyfriend—and Sonia’s longtime enemy—Marcus Perez. So when Marcus comes to Sonia for help clearing his name, she agrees, hoping to find evidence the police need to prove he’s the killer. But as Gretchen’s many secrets emerge and the suspects add up, Sonia feels less sure of Marcus’s involvement, and more afraid for herself. Could Marcus, the artist, the screwup, the boy she might be falling for have attacked her? Killed her best friend? And if it wasn’t him in the woods that night…who could it have been?

There were two things that made me want to read Take the Fall:

-I read and enjoyed author Emily Hainsworth’s earlier book, Through to You; and

So I was beyond excited when this book showed up in my mailbox! So excited that I read it in November, months ahead of its February release date.

I love a mystery. This was a great one! The way the book opened had me pulled in right away, and I loved the way the story jumped back and forth between the night in question and present day.

There were plenty of suspicious characters to keep me unsure of the culprit right up until the end when all was revealed. The end of this book is great, even if you’ve put the pieces together before you get there. Knowing everything now, I’d love to go back and reread!

Of course, as in other books I’ve read involving a character who is dead from the outset (as with Gretchen), I was frustrated that in a way, much of this book is about Gretchen, who I never actually felt like I got to know. There were some flashbacks, but most of what I knew about her and her friendship with Sonia is learned via what other people had to say. I guess you can’t really get around that when a character is dead, but I guess I wanted to know more about Gretchen and her friendship with Sonia, because I found it all so interesting. I love reading about female friendships!

Overall, this was a great read, one that I couldn’t put down. Definitely recommended for YA mystery fans! 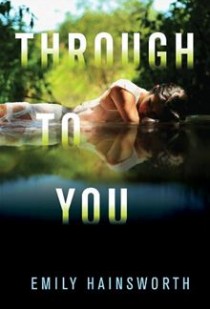