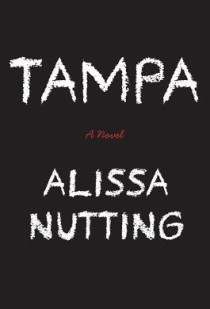 I’m not going to say too much about this one because we’re discussing it for November’s Sisterhood of the Traveling Book Club, so our discussion will be recapped at that time, but I do have some thoughts.

Celeste Price is an eighth-grade English teacher in suburban Tampa. She’s undeniably attractive. She drives a red Corvette with tinted windows. Her husband, Ford, is rich, square-jawed, and devoted to her.

But Celeste’s devotion lies elsewhere. She has a singular sexual obsession—fourteen-year-old boys. Celeste pursues her craving with sociopathic meticulousness and forethought; her sole purpose in becoming a teacher is to fulfill her passion and provide her access to her compulsion. As the novel opens, fall semester at Jefferson Jr. High is beginning.

In mere weeks, Celeste has chosen and lured the lusciously naive Jack Patrick into her web. Jack is enthralled and in awe of his teacher, and, most important, willing to accept Celeste’s terms for a secret relationship—car rides after school; rendezvous at Jack’s house while his single father works late; body-slamming encounters in Celeste’s empty classroom between periods.

Ever mindful of the danger—the perpetual risk of exposure, Jack’s father’s own attraction to her, and the ticking clock as Jack leaves innocent boyhood behind—the hyperbolically insatiable Celeste bypasses each hurdle with swift thinking and shameless determination, even when the solutions involve greater misdeeds than the affair itself. In slaking her sexual thirst, Celeste Price is remorseless and deviously free of hesitation, a monstress driven by pure motivation. She deceives everyone, and cares nothing for anyone or anything but her own pleasure.

With crackling, rampantly unadulterated prose, Tampa is a grand, uncompromising, seriocomic examination of want and a scorching literary debut.

This is definitely not my usual reading material, and had it not been a book club pick, I doubt I would have ever picked it up. It’s difficult to know how to rate this book or whether to recommend it because it was such a disturbing, explicit, uncomfortable read.

Every time I thought the worst thing that could happen in this book had happened, something even worse would happen. I was horrified but I also couldn’t put the book down. I was compelled to keep reading, to know how it all ended. The book is well-written, and the author definitely puts you into the mind of a character probably unlike any other you’ve read before.

Celeste even made me laugh at times. There were moments where the commentary in her head was pretty funny, but at no time can the reader forgot how terrible she is because she has one goal, and she is working toward it throughout the entire book – her entire life, really.

There is no happy ending in this book. Celeste is who she is and she likes what she likes. The book frustrated me when I finished, because it almost seemed like a non-ending to me, but a few days later I was still thinking about it and realized I was very sad for her (and for the people who’s lives she impacted). What a sad life, what a sad way to be.

This is a fairly short book, and if you are interested in difficult and/or controversial books, you’ll probably want to pick this up. But I had to turn to some lighter reading material after this one! Our book club discussion should be very interesting!