Published by William Morrow
on January 2, 2018

What did she see?

It’s been ten long months since Anna Fox last left her home. Ten months during which she has haunted the rooms of her old New York house like a ghost, lost in her memories, too terrified to step outside.

Anna’s lifeline to the real world is her window, where she sits day after day, watching her neighbours. When the Russells move in, Anna is instantly drawn to them. A picture-perfect family of three, they are an echo of the life that was once hers.

But one evening, a frenzied scream rips across the silence, and Anna witnesses something no one was supposed to see. Now she must do everything she can to uncover the truth about what really happened. But even if she does, will anyone believe her? And can she even trust herself?

This book was everywhere! It was all over my social media feeds, so when I was looking for my next read, I was really curious to check this out and see what all the buzz was about (and we know that I can’t resist a hyped up mystery/thriller).

This book was super readable. The chapters were fairly short, and I was pulled in to the story right away. I wound up reading this in one day.

I’m not all that familiar with classic movies, but I definitely got a ‘Rear Window’ vibe from this book, which was fun (and if you are a classic movie fan, there are lots of them mentioned throughout the book).

Of course, as I’ve said before, I think I’m difficult to surprise when it comes to mysteries because I read so much, and I tend to see a twist coming a mile away, so I found this book fairly predictable. Nothing that happened surprised me, which was a bit disappointing. I like reading mysteries because I like trying to solve and figure out what’s happening, and I like it even more when the mystery is so good that I can’t figure it out.

There wasn’t really anything that set this book apart from other ‘domestic thriller’ books that I’ve read in the last year or two. I liked it better than some of those books, but not others. It wasn’t anything special and it was predictable, but it was a fairly entertaining, quick read – not a bad way to spend a cold, snowy winter day! 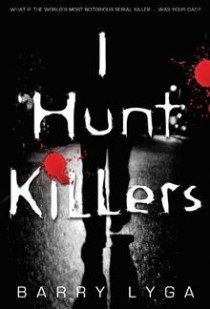 2 Responses to The Woman in the Window