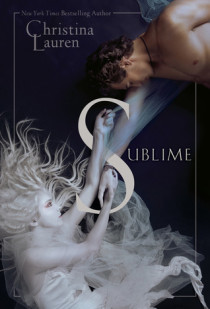 Sublime is the story of two teens, Lucy and Colin, who fall in love, but the the problem is … Lucy’s a ghost.

Slowly, she begins to remember more about her life and death as daredevil Colin take himself to the edge of death where their realities overlap so he can be physically closer to Lucy.

Lucy starts to wonder if she’s Colin’s salvation or the means of his demise.

I love paranormal and supernatural stories, and doesn’t this one sound good??? Thanks to Kathy for making me aware of this one!

No summary or exact release date yet for this one, but it doesn’t matter because I know I’m going to read it as soon as I can get my paws on it.

No summary or release date yet for this one either. I really love this series, and after the way Fire with Fire ended, I’m dying for this book! 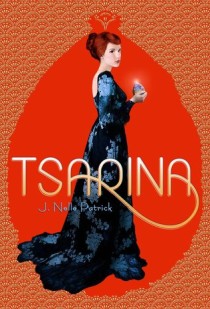 Natalya knows a secret.
A magical Faberge egg glows within the walls of Russia’s Winter Palace.
It holds a power rooted in the land and stolen from the mystics.
A power that promises a life of love for her and Alexei Romanov.
Power, that, in the right hands, can save her way of life.
But it’s not in the right hands.

This sounds awesome! Russia, a magical object, and that eye-catching cover! 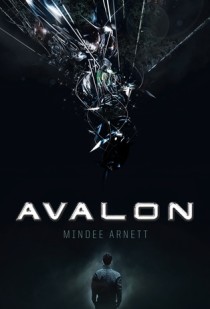 A ragtag group of teenage mercenaries who crew the spaceship Avalon stumble upon a conspiracy that could threaten the entire galaxy in this fascinating and fast-paced sci-fi adventure from author Mindee Arnett.

Of the various star systems that make up the Confederation, most lie thousands of light-years from First Earth-and out here, no one is free. The agencies that govern the Confederation are as corrupt as the crime bosses who patrol it, and power is held by anyone with enough greed and ruthlessness to claim it. That power is derived from one thing: metatech, the devices that allow people to travel great distances faster than the speed of light.

Jeth Seagrave and his crew of teenage mercenaries have survived in this world by stealing unsecured metatech, and they’re damn good at it. Jeth doesn’t care about the politics or the law; all he cares about is earning enough money to buy back his parents’ ship, Avalon, from his crime-boss employer and getting himself and his sister, Lizzie, the heck out of Dodge. But when Jeth finds himself in possession of information that both the crime bosses and the government are willing to kill for, he is going to have to ask himself how far he’ll go to get the freedom he’s wanted for so long.

Avalon is the perfect fit for teens new to sci-fi as well as seasoned sci-fi readers looking for more books in the YA space-and a great match for fans of Joss Whedon’s cult hit show Firefly.

Oh my gosh this totally sounds like my kind of book! I love sci-fi and I LOVE Josh Whedon, so this definitely appeals to me! It also sounds like a great book for my sci-fi reading younger sister who doesn’t read much YA but I think would, if the right book came along. This might just be the right book for her! 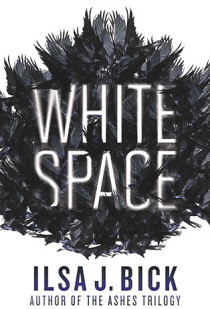 Ilsa Bick’s WHITE SPACE, pitched as The Matrix meets Inkheart, about a seventeen-year-old girl who jumps between the lines of books and into the white space where realities are created and destroyed – but who may herself be nothing more than a character written into being from an alternative universe.

Um yes please. I love everything about that summary. This sounds fascinating. 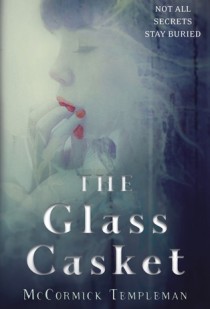 Death hasn’t visited Rowan Rose since it took her mother when Rowan was only a little girl. But that changes one bleak morning, when five horses and their riders thunder into her village and through the forest, disappearing into the hills. Days later, the riders’ bodies are found, and though no one can say for certain what happened in their final hours, their remains prove that whatever it was must have been brutal.

Rowan’s village was once a tranquil place, but now things have changed. Something has followed the path those riders made and has come down from the hills, through the forest, and into the village. Beast or man, it has brought death to Rowan’s door once again.

Only this time, its appetite is insatiable.

Oh my gosh this sounds amazing. And I love that cover. Want now. 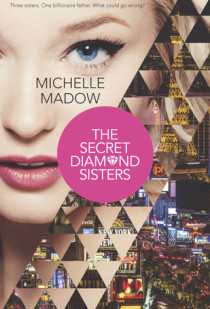 The three sisters grew up not knowing their father and not quite catching a break. But it looks like their luck is about to change when they find out the secret identity of their long-lost dad—a billionaire Las Vegas hotel owner who wants them to come live in a gorgeous penthouse hotel suite. Suddenly the Strip’s most exclusive clubs are all-access, and with an unlimited credit card each, it should be easier than ever to fit right in. But in a town full of secrets and illusion, fitting in is nothing compared to finding out the truth about their past.

Another eye-catching cover! These 2014 covers are seriously awesome. 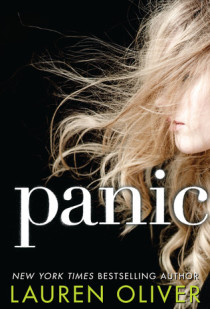 Panic began as so many things do in Carp, a dead-end town of 12,000 people in the middle of nowhere: because it was summer, and there was nothing else to do.

Heather never thought she would compete in Panic, a legendary game played by graduating seniors, where the stakes are high and the payoff is even higher. She’d never thought of herself as fearless, the kind of person who would fight to stand out. But when she finds something, and someone, to fight for, she will discover that she is braver than she ever thought.

Dodge has never been afraid of Panic. His secret will fuel him, and get him all the way through the game, he’s sure of it. But what he doesn’t know is that he’s not the only one with a secret. Everyone has something to play for.

For Heather and Dodge, the game will bring new alliances, unexpected revelations, and the possibility of first love for each of them—and the knowledge that sometimes the very things we fear are those we need the most.

Lauren Oliver came to Ottawa recently and as part of her talk, she read a bit from this book. I was already drawn in by the premise, but after hearing her read from the book, I knew I had to put this one at the top of my TBR list! 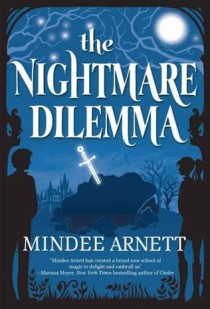 I loved The Nightmare Affair and I can’t wait to read this sequel!

Well, those are the first ten books coming out next year that I’m so so so excited for! Look for the other two parts to come! What are YOU looking forward to reading next year?