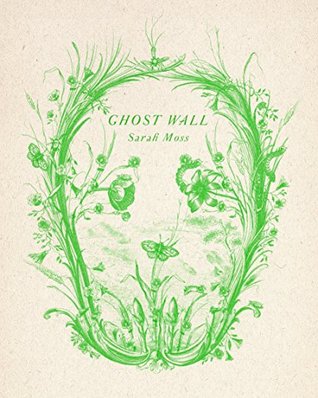 Published by Farrar, Straus and Giroux on January 8, 2019

In the north of England, far from the intrusions of cities but not far from civilization, Silvie and her family are living as if they are ancient Britons, surviving by the tools and knowledge of the Iron Age.

For two weeks, the length of her father's vacation, they join an anthropology course set to reenact life in simpler times. They are surrounded by forests of birch and rowan; they make stew from foraged roots and hunted rabbit. The students are fulfilling their coursework; Silvie's father is fulfilling his lifelong obsession. He has raised her on stories of early man, taken her to witness rare artifacts, recounted time and again their rituals and beliefs—particularly their sacrifices to the bog. Mixing with the students, Silvie begins to see, hear, and imagine another kind of life, one that might include going to university, traveling beyond England, choosing her own clothes and food, speaking her mind.

The ancient Britons built ghost walls to ward off enemy invaders, rude barricades of stakes topped with ancestral skulls. When the group builds one of their own, they find a spiritual connection to the past. What comes next but human sacrifice?

A story at once mythic and strikingly timely, Sarah Moss's Ghost Wall urges us to wonder how far we have come from the "primitive minds" of our ancestors.

Ghost Wall was a gripping little story. It was a quick read, and I felt the tension immediately.

I could feel Silvie’s growing dread and anxiety, and I really had no idea how it would end, propelling me to keep reading. It was a really interesting story that pulled me in right away, and I felt almost claustrophobic by the end.

Although it’s a short read, it effectively conveyed a sense of place and a feeling of apprehension right from the start that carried on through my entire reading experience. I don’t quite know what I expected this book to be, but it surprised me. Recommended!