Lil’ Pingwing’s Cozy Corner: A Murder for the Books 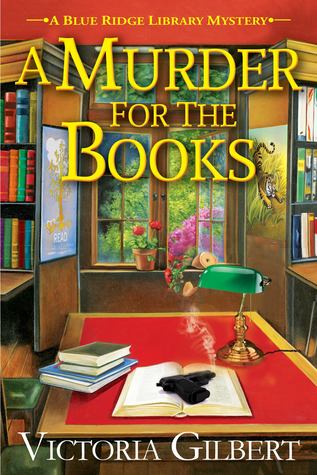 Fleeing a disastrous love affair, university librarian Amy Webber moves in with her aunt in a quiet, historic mountain town in Virginia. She quickly busies herself with managing a charming public library that requires all her attention with its severe lack of funds and overabundance of eccentric patrons. The last thing she needs is a new, available neighbor whose charm lures her into trouble.

Dancer-turned-teacher and choreographer Richard Muir inherited the farmhouse next door from his great-uncle, Paul Dassin. But town folklore claims the house’s original owner was poisoned by his wife, who was an outsider. It quickly became water under the bridge, until she vanished after her sensational 1925 murder trial. Determined to clear the name of the woman his great-uncle loved, Richard implores Amy to help him investigate the case. Amy is skeptical until their research raises questions about the culpability of the town’s leading families... including her own.

When inexplicable murders plunge the quiet town into chaos, Amy and Richard must crack open the books to reveal a cruel conspiracy and lay a turbulent past to rest in A Murder for the Books, the first installment of Victoria Gilbert’s Blue Ridge Library mysteries.

It seems that I am in the mood for reading books about librarians! I will admit that I have a far-fetched dream of owning a bookstore (isn’t that what every book lover dreams of?) and so reading cozy mysteries about librarians in small towns seems to be helping to sate my bookstore-owning desires.

This is a first book in a new series about a university librarian who moves home and takes over running the public library. After a local woman is found murdered in the archives section of the library, Amy and her neighbour investigate and uncover a historic murder mystery that took place in their own backyards.

I will say that this book was exciting from the get-go — I thought the murder scene of finding a body in the archives section to be pretty interesting and creepy (in a good way) and set off some fun questions. How did they get into the locked archives? Who followed them in? What were they looking for?

In her attempts to solve the murder, Amy works closely with her neighbour Richard, whose family members are mired in their own murder mystery, mixed with small-town politics. As they research their shared historical connection, more murders begin to pile up around them and they must work to solve both the current and past mysteries.

I like how this book mixed historical crimes with current ones — when small towns have long memories it’s fun to think about how events that transpired decades ago can impact how families and neighbours treat each other, and may even cause some people to commit crimes in the current day.

The book also mixed local politics into Amy’s attempt to uncover the truth about the murder. The secondary story for this book had some interesting tensions between maintaining the small-town, quaint character of a town and encouraging development which would in turn bring more people and more money to the area.

Amy is a great character and I really enjoyed her backstory. She transferred to the Taylorsford Public Library from a previous role as an academic librarian. As someone who has also left academia, it was fun to read about a character doing the same (though my reasons weren’t the same as Amy’s, who left after finding her partner, who was a faculty member at the same university, cheating on her at an event). She has a nice relationship with both her assistant, Sunny, who is heavily involved in protests against overdevelopment in Taylorsford, and her Aunt Lydia who she lives with.

I liked Richard as a love interest — I thought it was pretty fun that he was a dancer/choreographer. It’s a very different profession from the typical cop found in cozies and I thought that he and Amy worked well together. I prefer romantic partners in these books to work encouragingly with the protagonist rather than against them, and Richard fit that bill (I don’t care for when the protagonist’s love interest comes off as condescending or patronizing).

I’ll admit that I sometimes got confused with the historical details of the books — when there are so many characters and so many different timelines I sometimes find myself needing to reread sections in order to ensure that I am following, but I’ll admit that’s more on me than on the author.

In all, I enjoyed reading this book. It had an interesting backstory for the main character, lots of mystery and a small-town with historical tensions and difficult politics mixed together. I look forward to reading the next book in the series.