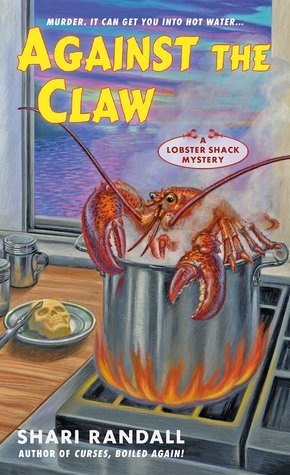 Series: A Lobster Shack Mystery #2
Source Received from the publisher

Ballerina Allie Larkin is still back home, healing up from a broken ankle and lending a hand at her aunt’s Lazy Mermaid Lobster Shack. But now that the famed restaurant is branching out into the world of catering, Allie’s help is needed more than ever–even on the lobster boat. The last thing she expects to find once she’s out on the bay, however, is the dead body of a beautiful young woman.

When days pass and not even the police can ID the corpse, Allie takes it upon herself to learn the truth about what happened. Her investigation leads her all the way from the local piers to the secluded estates of Mystic Bay’s posh elite. But how can she crack this case when everyone seems dead-set on keeping their secrets beneath the surface?

This is the second book in the Lobster Shack series. I wasn’t totally sold by the first one (it didn’t grab my interest as much as I wanted it to), but I was still looking forward to reading this one.

Allie Larkin, an injured ballerina, is staying with her Aunt Gully in her home town and helping with Gully’s Lazy Mermaid Lobster Shack. But as she is out on a lobster boat she discovers the body of a young woman who police cannot seem to identify. As Allie tries to uncover the identity of the victim and the killer, a local is murdered and Allie must try to figure out how the victims are linked and bring the killer to justice.

There’s a lot that I liked about this book. Allie is a fun protagonist and I like her friends and family members. Her Aunt Gully seems pretty kooky but light-hearted, her sister Laurel seems to be the opposite of Allie and is straight-laced and serious, and Allie has a solid group of friends that can help lend a hand.

I also liked that there was more than one murder in this book. Both the characters who died seemed to have no connection to each other, so it was very fun to try and figure out how the murders could be related. I also liked how no one could identify who the original victim was — the police really could only go based on the tattoos on the victims body, but that didn’t seem to be enough to bring anyone forward to identify her until the end.

But, I will say that I found the story behind both killings to be a bit more obscure than I would have liked. Even after finishing the book and reading the connections between the killings, I still don’t feel as though I buy it, or find it to be that well-reasoned. I think it just had too many twists and turns and I think this could have been a good case of “less is more” — the murder mystery didn’t need to be so detailed and have so many moving parts. As well, I was not a big fan of Allie’s attempts to find evidence, bring it home, and then plant it back on the second victim’s boat. I just think she should have stayed away from trying to do that entirely.

I will still give the next book a shot, as I think the series has a great setting and cast of characters, but I hope the next storyline is a bit more direct. 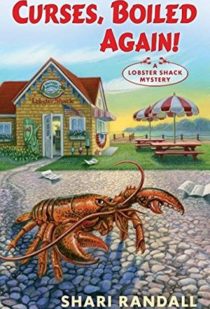 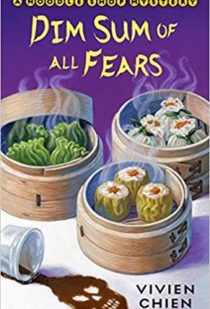 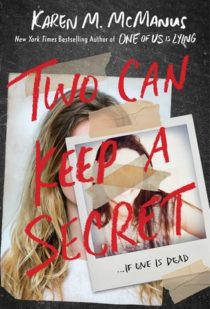