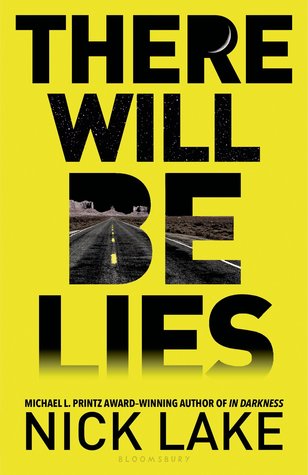 In four hours, Shelby Jane Cooper will be struck by a car.

Shortly after, she and her mother will leave the hospital and set out on a winding journey toward the Grand Canyon.

All Shelby knows is that they’re running from dangers only her mother understands. And the further they travel, the more Shelby questions everything about her past—and her current reality. Forced to take advantage of the kindness of unsuspecting travelers, Shelby grapples with what’s real, what isn’t, and who she can trust . . . if anybody.

Award-winning author Nick Lake proves his skills as a master storyteller in this heart-pounding new novel. This emotionally charged thrill ride leads to a shocking ending that will have readers flipping back to the beginning.

Wow, I was really sucked in by the premise and then the book turned out to be something entirely different!

Although it certainly was not what I expected, I was caught up in the story right away. I liked Shelby a lot, and my heart went out to her once I could see what was happening.

I found the story and its structure – with jumps back and forth between the present and a place called The Dreaming – really confusing at times, as well as the way the author revealed information at times. It felt like things were purposely held back from the reader, which I’m okay with because it made for a reading experience that had me on edge the whole time, and that’s what I want when I’m reading a thriller.

Overall, while this was kind of a strange and unique book for me, I didn’t have any sort of emotional connection in a lasting sense. I liked the writing and definitely wanted to find out how things were going to turn out, but I didn’t have any deeper attachment to the story or characters.

While it’s not at all what I expected from the synopsis, I was entertained. Recommended. 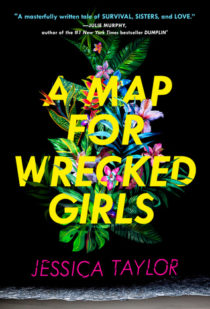 A Map for Wrecked Girls 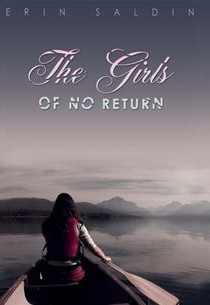 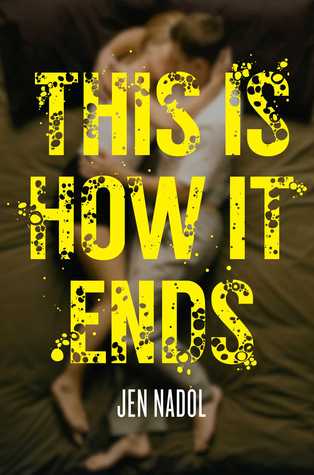 This Is How It Ends
Posted in: 2015 Reviews, Contemporary, Fiction, Reviews, Young Adult | Tagged: Family | Leave a comment
Previous
Next