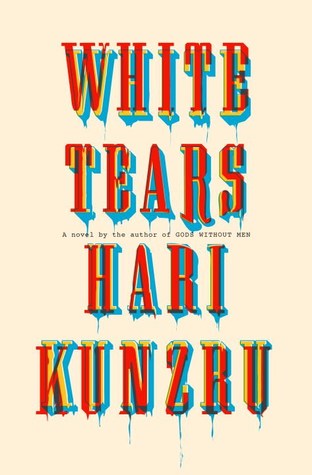 From one of the most talented fiction writers at work today: two ambitious young musicians are drawn into the dark underworld of blues record collecting, haunted by the ghosts of a repressive past.

Two twenty-something New Yorkers. Seth is awkward and shy. Carter is the glamorous heir to one of America's great fortunes. They have one thing in common: an obsession with music. Seth is desperate to reach for the future. Carter is slipping back into the past. When Seth accidentally records an unknown singer in a park, Carter sends it out over the Internet, claiming it's a long lost 1920s blues recording by a musician called Charlie Shaw. When an old collector contacts them to say that their fake record and their fake bluesman are actually real, the two young white men, accompanied by Carter's troubled sister Leonie, spiral down into the heart of the nation's darkness, encountering a suppressed history of greed, envy, revenge, and exploitation.

White Tears is a ghost story, a terrifying murder mystery, a timely meditation on race, and a love letter to all the forgotten geniuses of American music.

I had heard good things about this book but beyond having a vague notion that it was kind of a horror story, I wasn’t sure what it was about. I recently downloaded the Libby app, and this was one of the books that I put on hold through the app.

I don’t love reading on my phone, but I’d heard a lot about Libby and figured I’d give it a try. When my hold for White Tears became available, I figured I would see how reading it on my phone went and if I didn’t like reading that way, I’d put a hold on a physical copy at my library.

Well I started reading this book and couldn’t stop. I didn’t even notice that I was reading it on my phone – I was so into this story. I read it in three days and I read as often as I could: on the bus, on my lunch break, at meals, before bed, while watching TV. I was pulled in right away.

Even before anything outright frightening happened, I had this sense of unease and dread throughout the entire book. It got under my skin right away. And when things really started getting creepy, I stayed up too late and got up too early in order to finish reading. When I got to the end and saw how things from earlier in the book connected, I immediately wanted to read it again.

I loved this book. I’ve seen a few reviews saying that this book starts as one thing and turns into something else and that they felt like they read two different books, but that’s part of what I really liked about it. The first part of the book is really interesting and definitely gave me that feeling of dread, even without anything outright scary happening. And there’s so much to think about and examine in terms of Seth and Carter’s privilege and appropriation.

The second part of the book felt frantic and frenzied, but it felt like the same book to me. I don’t want to elaborate in a way that will spoil it for people who haven’t read it yet, but I think knowing that this was going to have elements of a mystery and a horror story definitely helped my expectations. I don’t exactly know what other readers expected – the Goodreads synopsis says it’s a ghost story – but I loved that things kept getting creepier and creepier.

This was not always an easy read. Part of that is due to Carter’s state in the latter part of the book, where things are frantic and disorienting, and it feels like timelines are crossing, but it was super interesting. The other thing that made this tough to read was its depiction of racism, violence, injustice, privilege, and cultural appropriation.

This is definitely one of the best books I’ve read this year, and I will probably end up buying my own copy so that I can reread it. Highly recommended.