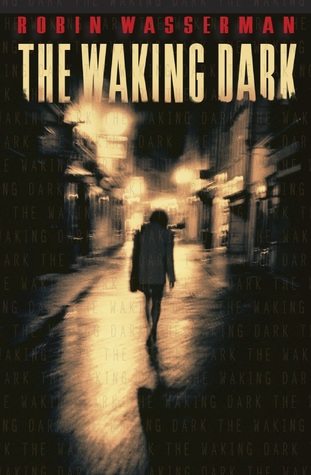 The Waking Dark By Robin Wasserman

Published by Knopf Books for Young Readers on September 10, 2013

They called it the killing day. Twelve people dead, all in the space of a few hours. Five murderers: neighbors, relatives, friends. All of them so normal. All of them seemingly harmless. All of them now dead by their own hand . . . except one. And that one has no answers to offer the shattered town. She doesn't even know why she killed—or whether she'll do it again.

Something is waking in the sleepy town of Oleander's, Kansas—something dark and hungry that lives in the flat earth and the open sky, in the vengeful hearts of upstanding citizens. As the town begins its descent into blood and madness, five survivors of the killing day are the only ones who can stop Oleander from destroying itself. Jule, the outsider at war with the world; West, the golden boy at war with himself; Daniel, desperate for a different life; Cass, who's not sure she deserves a life at all; and Ellie, who believes in sacrifice, fate, and in evil. Ellie, who always goes too far. They have nothing in common. They have nothing left to lose. And they have no way out. Which means they have no choice but to stand and fight, to face the darkness in their town—and in themselves.

I was really in the mood for some scary/horror stories in October. I had heard mixed things about this book but the premise was pretty irresistable so I decided to give it a chance and make it an October read, in time for Halloween.

I had really high hopes for this book, and in some ways they were met, while in others they weren’t. I suppose I have mixed feelings on this book.

This book is dark and violent, which is certainly what I was looking for. However, I didn’t feel really connected to most of the many characters in the story, nor did I feel satisfied with the explanation – the ‘why’ behind it all.

The book started with a bang, on the killing day. Those first few chapters were deliciously creepy and chilling, but as the story went on and got into the how and why, I wasn’t as excited to read on. I find this is a common issue of mine – and it is more of my issue, not the book’s – this feeling of dissatisfaction with the unraveling of and explanation behind a book’s central mystery. It never seems to live up to the excitement and potential that my brain creates as I read. I’ve talked about this before, most recently about Marisha Pessl’s Night Film, and I wish it wasn’t such a problem for me because it definitely cuts down on my enjoyment of a book.

Additionally, I found that there were so many characters central to the story – Daniel, Jule, West, Cass, and Ellie, among others – that most of them blended together for me, and I had difficulty connecting with them. The one that I did feel for was Daniel, and his younger brother Milo. The other characters certainly had interesting stories but I didn’t find myself feeling attached to them in the same way.

I really enjoy the idea of exploring the darkness that may be in everyone, and what happens when it’s allowed to come out, and the breakdown of society that it can lead to. I was really intrigued by that, and the behaviour of the townsfolk contributed to the horror. Everything was chaotic and people were unpredictable, which certainly created a feeling of tension throughout the book.

Overall, this was an entertaining read, but I ultimately didn’t connect to its characters, and found the explanation and resolution unsatisfying. It certainly made for a good Halloween read, though, and if you enjoyed Another Little Piece by Kate Karyus Quinn, and are looking for more dark YA horror, you might like this one too.