Hello all! Another weekend nearly gone. Did anyone get up to anything exciting for Halloween? I didn’t! I sort of forgot that it might be the big weekend for Halloween parties, but I’ve seen some cool costume photos on Twitter and Instagram. One I especially loved was Peter Pan and his shadow!

Once October is done, my brain moves right into Christmas mode. I’m one of those nuts who loves the Christmas commercials that appear way too early, and I will be putting together my Christmas music playlist in early November. I can’t help it, I just love everything about that time of year. It’s my favourite holiday and once Halloween ends, I start counting down to Christmas!

This week I played a lot of Pokemon X. I’m enjoying this game so much! If you’ve never played a Pokemon game, this would be a great one to start with (or its counterpart, Pokemon Y). The story isn’t overly complicated, nor does it take over the rest of the game, and the game doesn’t hold your hand as much as previous games have, letting you get on with your journey much sooner.

I’m seeing a lot of commercials for the new Thor movie, The Dark World. I definitely want to see that one! I also want to see About Time. I saw a lot of previews for that about a month ago, and it appealed to me immediately. Bill Nighy, time travel, and a movie from the people who made one of my faves, Love Actually (umm I can’t believe that movie came out back in 2003)? Yes please!

I’m getting really excited for the Ontario blogger meet up, taking place next weekend. I’m a bit nervous, since I’m shy around new people, but I’ll be going with my fellow Ottawa bloggers, so I know I’ll have a good time!

I haven’t read it yet, but I got my ebook of Allegiant by Veronica Roth and am very excited to find out how the Divergent series ends! I’ve already heard that spoilers have gone around the internet, but thankfully I’ve avoided encountering any actual spoilers myself.

I finished two books this week: The Waking Dark by Robin Wasserman, and The Nightmare Affair by Mindee Arnett. Currently, I’m reading Robyn Schneider’s The Beginning of Everything, and an e-ARC of Engines of the Broken World by Jason Vanhees.

I posted two reviews this week: Oddities and Entities by Roland Allnach, received from TLC Book Tours, and Night Film by Marisha Pessl.

Coming up this week are my reviews of Rainbow Rowell’s Fangirl, Mira Grant’s Feed (which I’m posting on Halloween!), and Holly Black’s The Coldest Girl in Coldtown, along with my Top Ten Tuesday post on my top ten Halloween reads.

It looks to be another cold and rainy day here, so I’m going to curl up on the couch under a blanket with some coffee and my books! Happy reading! 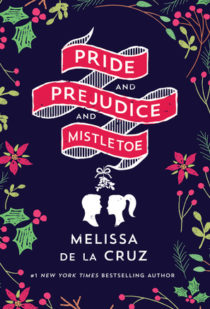 Pride and Prejudice and Mistletoe
Posted in: Blog, Week In Review | Tagged: Christmas, Halloween, Pokemon | Leave a comment
Previous
Next