We Went To The Woods 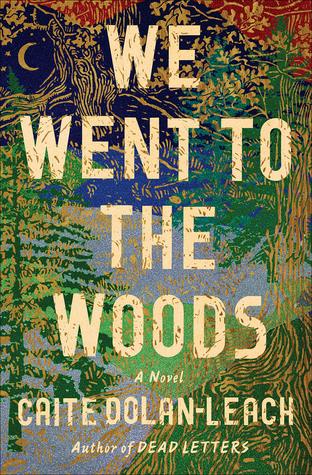 We Went To The Woods By Caite Dolan-Leach

Certain that society is on the verge of economic and environmental collapse, five disillusioned twenty-somethings make a bold decision: They gather in upstate New York to transform an abandoned farm, once the site of a turn-of-the-century socialist commune, into an idyllic self-sustaining compound called the Homestead.

Louisa spearheads the project, as her wealthy family owns the plot of land. Beau is the second to commit; as mysterious and sexy as he is charismatic, he torments Louisa with his nightly disappearances and his other relationships. Chloe, a dreamy musician, is naturally able to attract anyone to her--which inevitably results in conflict. Jack, the most sensible and cerebral of the group, is the only one with any practical farm experience. Mack, the last to join, believes it's her calling to write their story--but she is not the most objective narrator, and inevitably complicates their increasingly tangled narrative. Initially exhilarated by restoring the rustic dwellings, planting a garden, and learning the secrets of fermentation, the group is soon divided by slights, intense romantic and sexual relationships, jealousies, and suspicions. And as winter settles in, their experiment begins to feel not only misguided, but deeply isolating and dangerous.

Caite Dolan-Leach spins a poignant and deeply human tale with sharp insights into our modern anxieties, our collective failures, and the timeless desire to withdraw from the world.

I read and loved Caite Dolan-Leach’s Dead Letters a couple of years ago, so when I heard she had a new novel coming out this year, I knew it would be a must-read. I was quite pleased to be near the top of the library holds for this one, and when my hold came in, I knew I was going to drop whatever else I was reading for this book.

First of all, View Spoiler » a big thank you to Litsy user Sweettartlaura for telling me about the connection between We Went To The Woods and Dead Letters! I didn’t see it until after I finished reading, but I flipped back through the book once the link was pointed out to me, and I was impressed with the way Caite Dolan-Leach set both books in the same world. « Hide Spoiler

This book was both fascinating and frustrating. I was definitely intrigued by Mack and the rest of the group’s attempts at survival, but the dynamics between them frustrated me. And even though sometimes it seemed like nothing much was happening, I found that I couldn’t put it down, knowing that this was all building to some sort of disaster that was mentioned at the very beginning of the story. Knowing that it all fell apart somehow, I was eager to read on and see just how and when things went so wrong.

As with Dead Letters, I was really moved in the end of this one, and surprised myself by shedding a few tears. I didn’t think I was that emotionally invested in the characters as I was reading, but my emotions snuck up on me!

I’m already looking forward to more from Caite Dolan-Leach, and I’m glad I got to check this one out of the library so close to its release date. Recommended!