I was so happy to get that extra hour in my day today! I wanted to get up and be productive, but in the end I opted to sleep longer.

This was another busy week and I didn’t get much reading done, but I went out Thursday night to the Neil Hamburger show at Yuk Yuk’s. 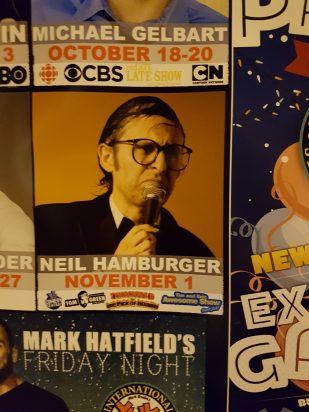 It was so much fun! I don’t typically go out on a weeknight, but as soon as I heard about this show, I knew I had to go. My parents and my older sister were in town visiting, so I asked my sister if she would come with me. That was my first time going to Yuk Yuk’s, and I had a great time! The opening act, Major Entertainer, was great, and Neil Hamburger was so funny!

I hung around for a while after to see if I could meet Gregg Turkington and maybe get a photo. There were some fellow On Cinema at the Cinema fans there, and everyone I talked to that night was so nice. Gregg did come over after the show and he talked with us for a while. I was super nervous and probably rambled way too much about how much I love On Cinema at the Cinema, but it was so cool that he spent so much time talking to fans and taking photos with everyone! I’m still not over it!

(If you haven’t seen it, please watch On Cinema at the Cinema!! Adult Swim has the episodes up on their website and Youtube account. It’s hilarious!) 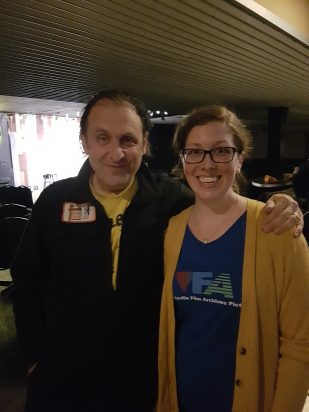 I finished two books this week:

In a Cottage in a Wood, Cass Green; and

I’m deciding which book to read next. I think it’s going to be Julie McElwain’s Caught in Time.

This was a busy week on the blog! I posted my review of Kiersten White’s The Dark Descent of Elizabeth Frankenstein, along with a bunch of my sister’s cozy mystery reviews:

Nipped in the Bud, Sheila Connolly.

I’m going to be spending my afternoon rewatching some On Cinema, and getting into my next book. Happy Sunday!

2017 End of Year Survey
Posted in: Blog, Week In Review | Leave a comment
Previous
Next